Following up on a closed-door mid-month meeting, County Executive MaryEllen Odell and District 1 Legislator Barbara Scuccimarra pushed forward this week on the concept of a multi-government headquarters-cum-senior citizen center in the proposed Butterfield Hospital redevelopment. 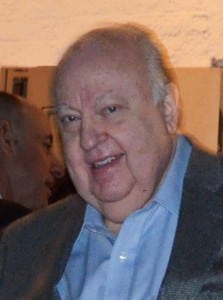 In a separate action Philipstown resident Roger Ailes reportedly offered to donate $500,000 toward a senior citizen center. As presented in an article in the Putnam County News & Recorder, which Ailes’ wife Elizabeth publishes, Ailes wants to donate a $250,000 national award he won recently, plus $250,000 in matching funds from the Ailes family account, but does not want his project caught up in time-consuming review processes. No specific details of any plans were offered but Ailes was said to have discussed the matter with Town Supervisor Richard Shea.

Tuesday evening (July 23), Odell outlined what she envisions as the county component of the Butterfield project but stopped short of a county commitment, citing the need for approval by the Cold Spring Planning Board before issuing a letter of intent.

“A letter of intent comes by way of a resolution and the Legislature is never going to pass a resolution without a project,” Odell said. “And there is no project until the Planning Board gives its approval. Then, when you have a project, you have numbers and that’s when a resolution gets passed.” She commented in a news release six days after she and Scuccimarra met with Philipstown and Cold Spring leaders at Town Hall. (The PCNR had described her stance at the July 17 session as a county “commitment.”)

Scuccimarra said July 24 that “I think when the zoning change goes through” the county would be willing to provide a letter of intent, adding that “I hope when they do the budget” this fall it will include funding for a county presence at Butterfield.

According to Odell, “the county is looking to lease approximately 5,000 square feet which it would use for a senior center and branch offices of the Department of Motor Vehicles, the County Clerk’s Office, the Personnel Department, Putnam Tourism, and the Economic Development Corporation as well as a post office. We’re also in discussion with the Women’s Resource Center,” a Mahopac-based not-for-profit agency that assists victims of domestic violence.

“There’s a whole list of things” that could be included,” Scuccimarra told Philipstown.info in a telephone interview Wednesday. Both she and Odell mentioned the possibility of enhancing county revenue as well, if western Putnam residents stop going north or south to obtain passports or renew vehicle registrations and instead patronize an office in Cold Spring.

The county gets nearly 13 percent of every Department of Motor Vehicles transaction fee, but county records reveal that only 12 percent of western Putnam residents use the DMV office in Carmel, a round-trip drive of more than 40 miles from various points in Philipstown.

“We need some services” on this end of the county, Scuccimarra said. “We need this; our seniors need it.”

Butterfield owner-developer Paul Guillaro brought his redevelopment proposal to the  Cold Spring Village Board in October 2011 and since then, his plans have gone rounds of scrutiny, changes in design, a withdrawal by Guillaro himself, and periods of intense controversy. The village, not the county or Town of Philipstown, has jurisdiction over the project and is currently considering a change in the parcel’s zoning to accommodate Guillaro’s multi-use development.

On a rezoned plot, Guillaro proposes to construct three single-family homes, the multi-government facility, market-rate condominiums for retiree-age buyers, and a “square” of commercial-retail establishments, with room in the complex for a post office as well and preservation of some of the existing old hospital lawn. Cold Spring zoning now allows medical-hospital uses and a village government office as well as a tract of single-family houses, but not offices of higher levels of government or the kind of multi-use complex Guillaro’s plan calls for.

“They should move things forward so the interested parties can get on board,” Scuccimarra said. “Cold Spring has to step up and get this through. What are we waiting for – the alternatives?” She referred to a suburban-style housing subdivision, with anticipated high costs to local governments and the school district in providing services. To get county funds included in the 2014 Putnam budget, the village needs to act on the zoning change by the end of September, Scuccimarra said.

Guillaro was scheduled to address a Village Board workshop Thursday night (July 25). Contrary to a published account in the PCNR, he did not confer in a private meeting with the Village Board on Monday, but did speak individually with some trustees.

Representing Philipstown and part of neighboring Putnam Valley, Scuccimarra said she has been talking to her fellow legislators to get the votes needed for a county commitment. So far, she is confident of four votes, including her own. The Legislature has nine members. “I’ve been lobbying and I will continue to do so because it’s so important to me,” she said. A county presence in Cold Spring also would assist residents of neighboring towns, likewise often cut off from Carmel, she said. “For the towns in our immediate area – how can they not vote for this?”

The July 17 meeting involved Philipstown Supervisor Richard Shea and Deputy Supervisor-Town Board Member Nancy Montgomery, Cold Spring Mayor Ralph Falloon, and Guillaro, along with Odell and Scuccimarra. A few hours after that meeting, at a Town Board workshop Shea reported on the discussions and, like Scuccimarra several days later, warned that some form of development is certain to go on the Butterfield site. He advocated a project that makes wise use of the property and helps meet local government needs.

Since 2010, town officials have backed the idea of a governmental presence at Butterfield and in 2011 Shea sent a letter  “establishing the Town of Philipstown’s intent to occupy 4,000 square feet of a building to be constructed on the site of the former Butterfield Hospital,” at an estimated lease rate of $12.75 per square foot. However, Shea pointed out at the time, “due to the very preliminary nature of this project, this letter cannot be construed as binding legally or in any way with regard to the Town of Philipstown.”

Shea and other Town Board members have long discussed the potential for Butterfield as a place for a senior center; town offices and a public meeting venue, to relieve the crammed Town Hall, whose meeting hall is inaccessible to the physically handicapped; and home of a consolidated justice court system instead of having Cold Spring, Philipstown, and Nelsonville each maintain its own justice court.

Odell’s news release said that “consolidation is also uppermost in Odell’s plan,” along with bringing services to Cold Spring. In addition to a senior center and merged court system, she floated the idea of meshing law enforcement operations. “She sees the possibility of consolidating law enforcement and moving sheriff’s office personnel out of the garage they are working out of now,” her news release stated. The Sheriff’s Department uses a makeshift sub-office in the old firehouse in Nelsonville.

The news release quoted Falloon as saying the village was wary of the Butterfield project: “Everybody is very, very scared of development. The Village of Cold Spring is very small so when you’re talking about a parcel this big (5.7 acres), it is one of the largest modern day changes that we have had and people are very, very cautious about it.” He also said, according to the news release, that “we will do this together and we can be confident that the changes we make are the right changes.”

The news release likewise said that Montgomery described the July 17 get-together as “a great meeting” at which everyone favored something happening at Butterfield.

By Thursday afternoon, the county executive, Shea, and Montgomery had not returned phone calls seeking additional comments. Falloon declined to comment on his conversation with Guillaro. In an email to The Paper, Trustee Stephanie Hawkins said among other things she told Guillaro that “massing, density and height of buildings needs to be consistent with village character and should be illustrated in 3-dimensional rendering for public consideration.”