Woman Fest: Celebrating Women, will be held Aug. 8 and 9, in Carmel. Net proceeds from the two-day event, orchestrated by H.G. Fairfield Arts, will go towards programming to enhance positive self-image in girls and women and save lives. H. G. Fairfield Arts’ goal with Woman Fest is to provide space for women and girls to showcase their strengths  and contributions in societies and in local, state and  national economies. 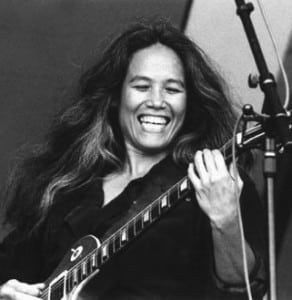 June Millington formed the rock ’n’ roll all-girl band Fanny with her sister, Jean, and has been rocking for the last 40 years.

H. G. Fairfield Arts Founder Kathie Freston – one of the oldest female U.S. military veterans, a U.S. Marine captain from the Korean War – knows firsthand what an invaluable role women play from local to global communities. For instance, 15.1 percent of households in New York state are run by single mothers, and more than 30 percent of businesses in the state are women-owned. Freston explains, “We think it’s important women and girls have the facts in front of them as they figure out their way in life. Following your passion as it turns out does lead to happy, healthy careers and lives. Women should know anything’s possible.”

Woman Fest is open to all, and will feature its open mic stage from 7 to 9 p.m. Thursday, Aug. 8, at the pavilion’s main stage area of the upper level of the Putnam County Veterans Memorial Park in Carmel. The open mic stage gives everyone the chance to show their art – whether spoken word, song, comedy, instrumental, or performance. The main stage, Friday, Aug. 9, features the powerful world music of the Bethany Yarrow and Rufus Cappadocia Trio and the founder of the rock-n-roll girl band Fanny – June Millington – still rock-n-rolling into her 5th decade. 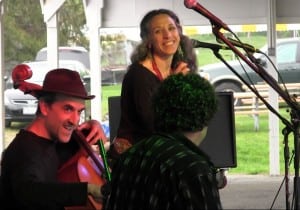 Local Carmel Central School District teacher and singer/performer Dr. Angelina Mendes and Westchester’s Amy Berkson-Martin, the widow of folk singer/legend Terrence Martin, will also be on the Main Stage. There will be film screenings in the barn, self-defense workshops led by combat veterans and female martial arts black belts for women and children, 2 Veteran-Civilian Dialogue events, pony rides, and more. The schedule can be found online .

Vendors are made up of women-owned businesses and women-friendly businesses and will be organized around themed tents in a mini-village open from 8 a.m. to 10 p.m. both days. Speakers include Patricia O’Dwyer, President-elect of the New York State Chapter of the National Federation of Democratic Women, along with the Mayor of Newburgh, Judy Kennedy, and the world-renowned historian and expert on the 70,000-year-old Neolithic period of Goddess worship, Dr. Cristina Biaggi, Ph.D., from Palisades, N.Y.

An Aug. 10, rain date is scheduled for Woman Fest. Admission is $10 per day for adults and free for children. Overnight camping is $10 by preregistration only. For more information, visit hgfairfieldarts.org, call 845-363-1559, or e-mail [email protected].