In a meeting Aug. 7, that lasted barely 20 minutes, the Philipstown Town Board passed a resolution awarding the contract to replace the aging boiler at the Claudio Marzollo Community Center. The project, which will cost $536,000, was awarded to UAP Inc., the lowest bidder. Southeast Mechanical Corp. and Clean Air Quality Service Inc. also submitted bids. Southeast Mechanical Inc. was not considered because it submitted an incomplete bid. 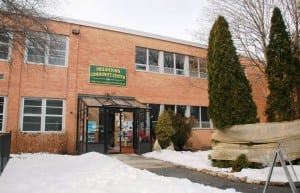 In addition to installing a new boiler, work will include asbestos abatement and removal and replacement of a 15,000-gallon, underground oil tank. The board will meet again on Monday, Aug. 12 at 9 a.m. to pass formal resolution dealing with bonding for the project. Town Clerk Tina Merando said that attorney Stephen Gaba has approved the proposed agreement.

Board Member Dave Merandy did the background work leading to the selection of the contractor. “I think we took a little extra time. Sometimes that works out better,” he said. “(Asbestos) abatement was a big concern.” Merandy said that reference checks for UAP Inc. were “glowing” and that the company was described by one former customer as having done a great job, ethical in its work and on budget.

He said that while bids were a bit higher than expected, having done the research, “we feel pretty good about the price now.” Supervisor Richard Shea said that the low bidder was qualified and that there was no compelling reason not to go with UAP Inc.

Board member John Van Tassel raised the possibility of the need for temporary heating at the Community Center if the project is not done by late October. “We ran into that at the fire hall,” he said. Van Tassel is a member of the North Highlands Fire Department, which built a new fire hall several years ago. Shea didn’t see it as a likely issue. “I think there’s still time,” he said. “They’re ready to go for an immediate start.”

In other business, Merandy questioned an ice rink being considered for the Philipstown Town Park. “It’s great but we need to think about what that means.” Van Tassel responded that the rink would be temporary. “It’s for a one-week event. They want to have a winter carnival,” he said. “It’s weather dependent … and the park would be open for only a short time.” Board member Nancy Montgomery suggested that a cost analysis be undertaken.