One of the great attractions of living in the Hudson Valley is that meals served at benefits generally don’t feature the usual rubber chicken or hard-to-identify protein of some kind. This is more so at United Way’s upcoming event, Putnam Best Chefs and Fine Wines, which takes place at 8 p.m. on Wednesday, Sept. 18, at The Garrison. This is United Way Putnam and Westchester’s (UWWP) most important yearly fundraiser, and all monies raised “stay in Putnam” according to United Way’s Resource Development Associate, Peter West. 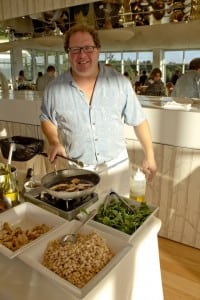 For the fifth year of this event, attendees will enjoy cuisine from some of Putnam County’s finest food establishments, including, along with Valley Restaurant at The Garrison, Philipstown’s Fresh Company caterers, Hudson Hil’s Café & Market, and The Stadium.

Other Putnam purveyors are Arturo’s Tavern, Johnny Gelato, Olive Oil of the World, Thai Golden Restaurant, and more. Offerings will be paired with tastings of fine wines from around the world provided by Depot Wine & Liquors of Brewster and great beers from Captain Lawrence Brewing Company.

There will also be a silent auction with proceeds to benefit programs right in Putnam. This year, local blues and roots band Crossroads will provide music.

West calls United Way a “locally focused organization” which functions differently than it did years ago. “We used to be a funder of specific agencies,” West said. “Now we identify problems and develop our own programs as well as work with other agencies.”

According to their literature, UWWP “works with agency partners, government, businesses and community leaders to solve problems that are too complex for any one entity alone. All contributions go toward improving the education, income, and health of the children, youth and families throughout Putnam and Westchester.”

One of the biggest programs that United Way operates in Putnam (as well as in Dutchess, Westchester, Orange, Sullivan and Ulster counties) is the 2-1-1 helpline. “Our 2-1-1 call center and helpline serves the whole region and was widely used by Putnam residents during Hurricane Sandy,” West says, “but it’s not just for emergencies; we provide information about different social service agencies from Long Island to the Adirondacks. We can offer help with evictions, free clinic opportunities, heating, childcare — most anything, and if we don’t have it in our database, our call center specialists will go out of their way to find the information.

Another program operated by UWWP is Step Up 2 Health. Based at Tilly Foster Community Farm in Brewster, and run by Cornell Cooperative Extension, its aim is to tackle obesity at the root causes. To that end they are facilitating support groups, coaching and workshops, as well as walking groups. They are getting people out to community gardens to grow their own food and learn about nutrition. About a dozen families participate. United Way is working with six partner agencies in the effort. 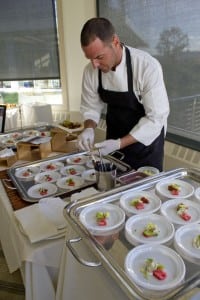 A third program, Voices For Positive Change, operates out of Green Chimneys, also in Brewster, where teenagers work on “making the right choice” via the tools and support needed to make positive choices in their lives and reduce risky behaviors frequently exhibited when they are under significant stress.

Then there is FamilyWize, which assists in the distribution of prescription discount cards, which slice up to 30 percent off costs. The goal of this community partnership is to reduce the cost of medicine for children, families and individuals with no prescription drug coverage or insufficient coverage by $1 billion.

FamilyWize cards are being distributed free of charge nationwide by participating United Ways along with other agencies. The discounts and savings are provided voluntarily by the more than 61,000 participating pharmacies that have agreed to accept this card. Since the program’s inception there have been 3,045 claims thus far in Putnam County.

In addition, there are United Way funding streams: in the Community Impact Fund, nonprofits may apply for any of 10 special community impact grants in the areas of education, income and health. Nonprofits receiving these funds agree to become a partner with United Way and other nonprofits to address a specific critical area of concern in the community. Partners meet four times a year, find common measurable goals, and support each other in getting results. Generally partners agree to work on an initiative for three years but are assessed on a quarterly and annual basis by the Volunteer United Way Community Impact Committee.

With Emergency Basic Needs Partners, United Way works with multiple food pantries, soup kitchens, and emergency rent/mortgage/utility service providers to route funds from government supports to people in need. Funds vary depending on Federal Emergency Food & Shelter Program (EFSP) yearly allocations. There are also Local Presence Grants, smaller grants designated for those nonprofits which do not meet other initiatives but are still providing critical services in those areas. These are application-based.

The Garrison is located at 2015 Route 9, Garrison. Tickets are $50 in advance and $60 at the door. Sponsorship opportunities start at $275. To purchase tickets, or to learn about sponsorship, visit uwwp.org/bestchefs or contact Peter West at 914-997-6700 x732 or [email protected]. UWWP is based in White Plains and can be reached at 914-997-6700 or by visiting uwwp.org or through their Facebook page.