The coupling of the verbs cooking and remembering evokes a sense of nostalgia, that part of consciousness which floods memory with the tastes and smells of meals associated with earlier times in one’s life. Taking those two processes and joining them with the specific remembrance of a lost loved one, a new ten-session workshop, designed for up to eight people, has the goal of allowing participants to find new ways of incorporating loss into their lives.

Participants accomplish this through sharing a food memory associated with the loved one, then joining together to prepare and cook that meal together, forming a sense of community around loss and moving through bereavement by celebrating the loved one communally.

The premise is deceptively simple: participants are guided through collaborative cooking exercises that help to incorporate loss into their lives and to foster new hope and acceptance. Or, “slice and dice and knead and chop and whisk, while telling stories about your lost loved ones,” according to notes.

At the first session, called “appreciation,” each member brings in a recipe or a food memory that reminds them of their lost loved one. Recounting this is a “simple act of appreciation wherein which they may open themselves up to the loss.” During weeks two through nine, “creation,” the group will focus on one individual’s recipe. The last session, “sharing,” is a potluck, with all participants bringing in the finished dishes to dinner, and asked to say a little something in remembrance.

Therapist Peter Gevisser, who conceived and developed this workshop, and who will be facilitating a series beginning Sept. 21, in Beacon, says there is a “‘grief lag,’ when the rallying stops. There’s an expectation that recovery is chronological and it’s not. It’s important to take time, over the years after a loss. Cooking is a sweet way of incorporating that loss into your life so it’s not so bereft. It has a way of evoking a very different response than ‘tell me about your grief’ — it opens people up a little more. And the actual physicality of cooking means the body is engaged, which is good.” 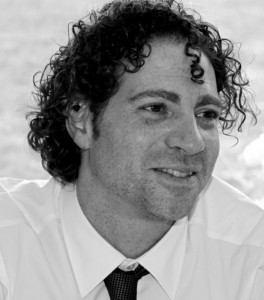 Citing cultures such as that of the Balinese, which have found ways or rituals in which to celebrate the lost loved one by incorporating them in some way into society, Gevisser says that religions do this in different ways, but there is often a limited time given for this; plus a feeling that one moves on, gets back on one’s feet is seen as a positive, whereas instead there shouldn’t be anything finite about the process, and one’s life is never the same as it was before the loss. He “has a strong belief that one doesn’t get over loss, but learns to live with it – and in so doing, one’s life may become richer and deeper for it.”

Gevisser, who has a practice in New York City, works in “expressive” therapy modalities. This type of therapy uses “‘creative forces;’ creativity may involve writing, painting, drawing, music, cooking, or anything else that the client defines as creative. Creativity may also be a simple act of appreciation.”

Gevisser, who has come to his work through a great loss of his own, was born and raised in Johannesburg, South Africa, and graduated from Brown University. He then moved to London where he trained as an actor, and had been working professionally, in London and the U.S., until he enrolled at Antioch University, where he graduated with a master’s in clinical psychology.

Wanting to find a way to formalize his experience into a therapeutic modality, he found Antioch to be “quite a unique place where you can find ways to bring your own experience in as well as absorb a great deal of learning — and ideally these two things meld.” He calls himself a “cerebral person, and the most unhelpful therapies for me focused on talking. I did best when I could use my creativity to process grief and loss.”

Gevisser moved to Beacon with his wife about a year ago, wanting to be close to New York City but not in it. Starting north of Albany, they made their way down the Hudson Valley, and “fell in love with Beacon — the way it felt: diverse and friendly.”

Here is an excerpt from Gevisser’s own “cooking and remembering” story:

“I’m riding a train from Beacon to Manhattan. It is mid-summer, and as the verdant foliage, as thick as oil paint dances across my gaze, I am reminded of summer in London circa 2002. My mind’s eye takes me back to a small flat that I shared with my partner, Katrin, on the edge of Hampstead Heath. It felt like we were in a tiny boat in a vast green sea.

“Katrin passed away, quite suddenly, at the end of that summer. As a 30-year-old man, who had had no experience of loss, let alone a sudden and unexpected loss, I was thrust out of that secure, rattling boat into an unnerving wilderness. I was fortunate in that I had the loving support of my close family and friends and of Katrin’s. Yet, even with that, I felt utterly lost.

“Three years after Katrin died, I had been ordering in or eating out as a matter of course. My soul felt unnourished, desiccated and empty. I felt an undeniable urge to cook. But cook what? I finally mustered up the courage to confront the storage space into which Iʼd hurtled my past life with Katrin. The contents and disorganization of that airless, chalky, echoing chamber, mirrored my emotions. Crazy with grief, I stumbled upon one overturned box that had written on it, in indelible ink: ‘Precious contents. Do not throw away.’ I hauled it out into the corridor and carefully opened it up. Laying on top was a red, leather bound book inscribed: ‘Katrinʼs Recipes,’ and next to it, the delicate, transparent spine of a squid. I had found what I was looking for.

I opened up the recipe book to find: ‘Katrin’s Fish Mix recipe.’

“I can picture Katrin in our kitchen. The image is slightly blurred and jumpy, like an old 8mm movie projected onto a stippled wall. She is in a checkered apron, bought from a market in the South of France, with a fresh squid in her hand. I watch her as she cleans it, turning it inside out and expertly pulling out its innards. She extracts the spine, and we both look at it in amazement – it is a perfect transparent quill.

“As I began to cook Katrin’s recipes, I noticed that my soul was starting to heal. At first I shopped and cooked and ate alone. Gradually I started to invite old and new friends round. And as I uncorked the wines and we shared the food, her image, once calcified by the trauma of her passing, began to move and dance. And so it was that she was conjured, and my real recovery began.”