In a few months, some people will begin talking about The True Meaning of Christmas, and grousing about the superficiality of our modern rendition of the holiday.

But meanwhile, what about poor Labor Day? Its true meaning has been equally obscured, yet no one took to the airwaves or Twitter feed last weekend to angrily denounce the shallowness of this once-proud day.

Or if they did, we were too busy chilling on the patio to notice.

I suppose it can’t be helped. Holidays tend to take on their own meaning, much of which is woven deep into the unconscious rhythms of our lives. 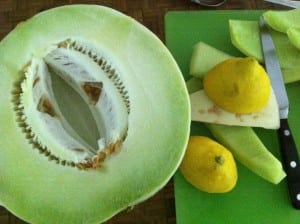 So Labor Day, originally a celebration of America’s “trade and labor organizations” and their contributions to this nation’s greatness, has instead acquired a dizzy dual personality. It’s a last-hurrah-farewell-to-summer celebration. And it’s also an extended New Year’s Eve of sorts, since, as anyone who ever attended a little institution called school knows, September marks the real turning of the calendar and the beginning of a new year.

A couple of days before the school doors opened at the Garrison School, my daughter, Dosi, said to me, “I think I’m ready to make a good first impression.” I commended her for this, then pointed out that, as she is going into fourth grade, first impressions are actually probably well behind her; she already knows everyone in her class. She shook her head, unswayed by my logic.

Evidently, on the first day of school, everything and everyone is brand-new. Even old friends.

It is in this spirit that I find myself inclined to make resolutions right around now. Like all resolutions, mine are mostly improbable, with a few crossing the border into downright absurdity. Kids do help one differentiate between the two. For example, when I mentioned to mine that I thought it might be fun to take a hip-hop dance class, they rolled their eyes so hard I thought they’d sprain them, so I shelved the idea. On the other hand, a drawing class at the Garrison Art Center is something they wholeheartedly support. 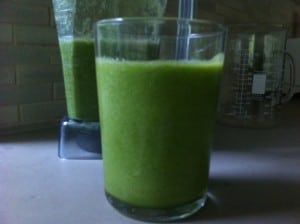 At any rate, I was feeling positively new-leafish when I decided to turn part of this past week’s Glynwood CSA share into a green smoothie. I was inspired by a certain counselor who brought his own Vitamix blender to camp this past summer, situated it on one of our kitchen counters, then showed up every single morning to make himself a concoction of fruit (usually a whole melon or several apples, a banana, and a whole lemon or lime) and leafy green vegetables (preferably kale, chard, or spinach; collards in a pinch). He drank an entire pitcherful for breakfast every day.

Some mornings I was fascinated by his diligent ritual – he pared the outside of the melon away like a whittler shaving away a fine layer of wood. Other times I was annoyed by his extravagance: the whole melon in his smoothie could have been sliced up to feed 15 kids, and that bunch of kale wasn’t cheap. Over time, I mostly just found myself wanting to taste whatever he was whipping up, so I began asking for a sip. It always tasted surprisingly good, and felt intensely vital, as if the vitamins and phytochemicals were swarming to work as they slid down my throat.

I happen to own a Vitamix. It spent the summer here in Philipstown, contributing nothing to anyone’s health. Some might see that as immoral. Vitamix owners tend towards fanaticism, judging by certain websites I’ve visited. They’re convinced that their pricey appliance is capable not only of turning whole grains into flour or nuts into nut butters (which it is), but of transforming an unhealthy body into a healthy one.

I’m skeptical as to the latter, having lived through too many nutritional miracle-claims to embrace yet another. But now that I am settling back into my own kitchen again, I’m happy to give my blender a whirl – and toast the new year with a drink the color of the season gone by.

This makes about half a pitcherful, which is all I can manage and then some. If you have a Vitamix, you already know that you can include the seeds, stems, and pulp of the melon, citrus, and greens, and that the result will be creamy-smooth. If you are using another type of blender, you will probably need to remove the tough parts of the fruits and vegetables, and add a little juice or water to aid in the blending.

½ honeydew or other melon

pulp of ½ lemon or lime

5-6 leaves of kale, chard, or other leafy green, washed

Put everything in the blender and pulverize, starting on low and increasing the speed as the ingredients start to liquefy. Blend 20-30 seconds total. Drink right away.