Hudson Valley-based guitarist Rich Rosenthal, who continues to celebrate the release of his powerful first recording date as a leader, the CD release Falling Up, will perform with his quartet at The Falcon at 7 p.m. on Wednesday, Sept. 18. 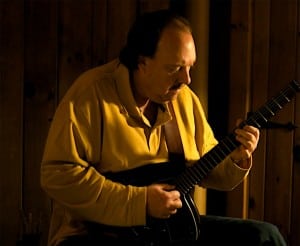 On the new recording, Rosenthal is joined by noted Hudson Valley multi-instrumentalist, Joe Giardullo, with whom he played in Giardullo’s Open Ensemble, notably recording the Rogue Art release Red Morocco. Rosenthal will be joined by Chris Kelsey on saxophones, Craig Nixon on bass (who is also featured on Falling Up) and Dean Sharp on drums.

Listen to tracks from this new release now on Soundcloud. The Falcon is located at 1348 Route 9W in Marlboro, on the corner of Dock Road and 9W. For more information, call 845-236-7970.