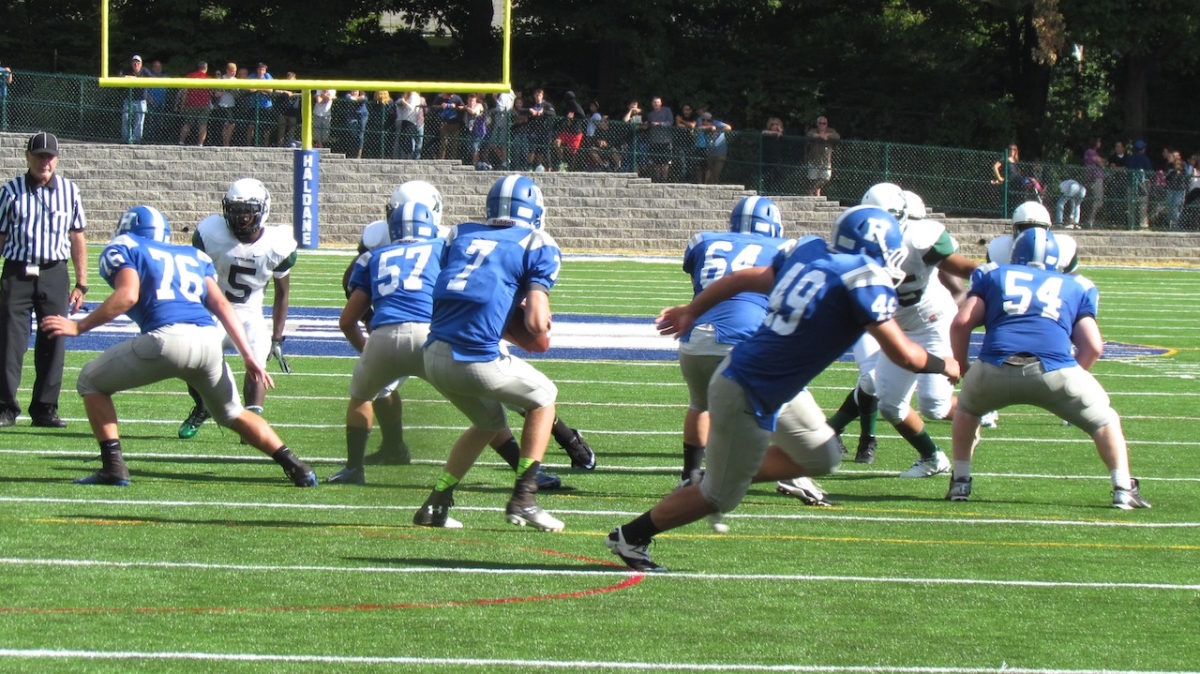 A substantial crowd was on hand to see the Haldane squad’s first football game on the new artificial turf field. The Blue Devils showed some mental toughness, scoring a touchdown very late in the fourth quarter despite being down on the scoreboard. 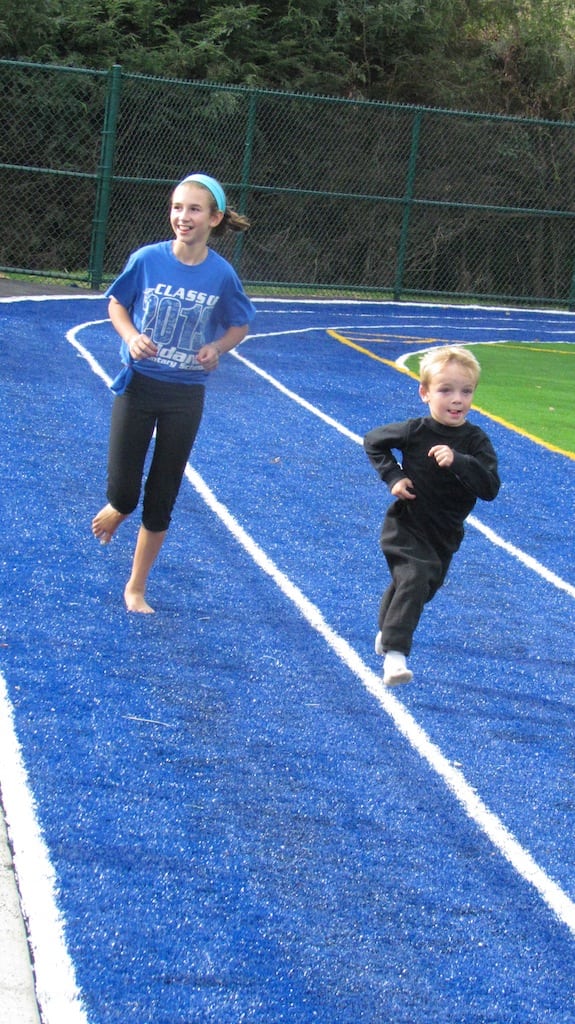 They then completed a two-point conversion with less than three seconds left on the clock. Immediately after the game, kids took to the new field and track – and just played.