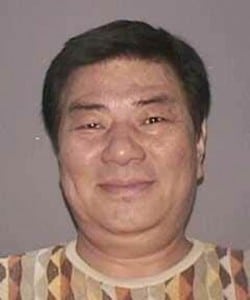 Haldane shuts down, residents warned to be alert

A police manhunt for a suspect in a murder investigation on Long Island disrupted the quiet routine of the Village of Cold Spring and the Philipstown area Thursday, Sept. 26.

Putnam County Sheriff Donald B. Smith said that more than 100 officers from several police agencies were involved in the search for Sang Ho Kim, 63, of Queens.  Kim is wanted in a shooting incident at his employer’s firm, a light fixture company in Garden City, Long Island. The incident left one man dead and another wounded.

The search focused on the area off Little Stony Point park just outside the village on Route 9D after a sheriff’s deputy found the suspect’s vehicle, a white SUV, at that location Wednesday night around midnight.

Storm King Mountain and Breakneck Ridge stood as improbable bucolic backdrops for the police press conference lead by Sheriff Smith in the village’s municipal parking lot next to Riverview Restaurant. 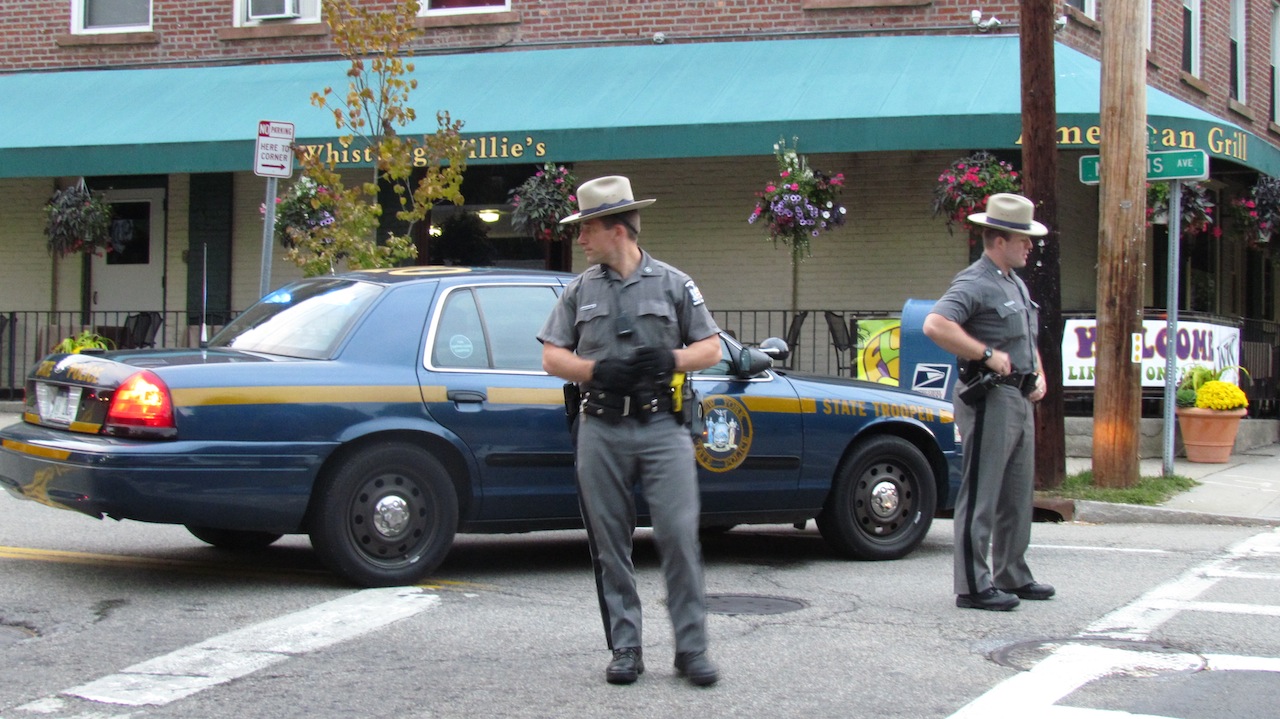 Smith and the other officials took pains to say that they were pursuing every possibility and deploying every resource available but they did not know the man’s whereabouts and could not say in fact if he was still alive. Smith said the search was a joint operation of many police agencies with the FBI serving as the “incident commander.”

Smith said the homicide investigation was being conducted by the Nassau County Police Department and that the effort in Cold Spring was only for the purpose of finding the suspect.

“We are in the process of trying to find the perpetrator of this heinous crime,” said Smith. He also said he would work with Cold Spring and New York State Police to organize security for Haldane schools if necessary on Friday morning.

As of 6 p.m. Thursday evening, after yet another announcement from the sheriff that the search continued, Route 9D between Beacon and Cold Spring remained closed as FBI agents, state police and county sheriff’s deputies, among several other agencies, continued to fan out to search Cold Spring’s destination hiking trails and the riverfront in search of the suspect.

Helicopters, Coast Guard vessels in the river, all-terrain vehicles, search dogs and special weapons and tactics teams were among the resources brought to bear on the otherwise peaceful, balmy early fall day.

At 10:30, police ordered the media to move back to Northern Avenue. The reason given at the time was that search teams were about to return.  About an hour later though, police seemed to focus their activity on Little Stony Point.

In the village, police, including members of the FBI and Yonkers Police, checked with Main Street shop owners, asking if they had seen the suspect or noticed anything out of the ordinary. Just to the south on Route 9D, The Garrison Institute got a call from the Putnam County Sheriff’s office, advising them to lock down. 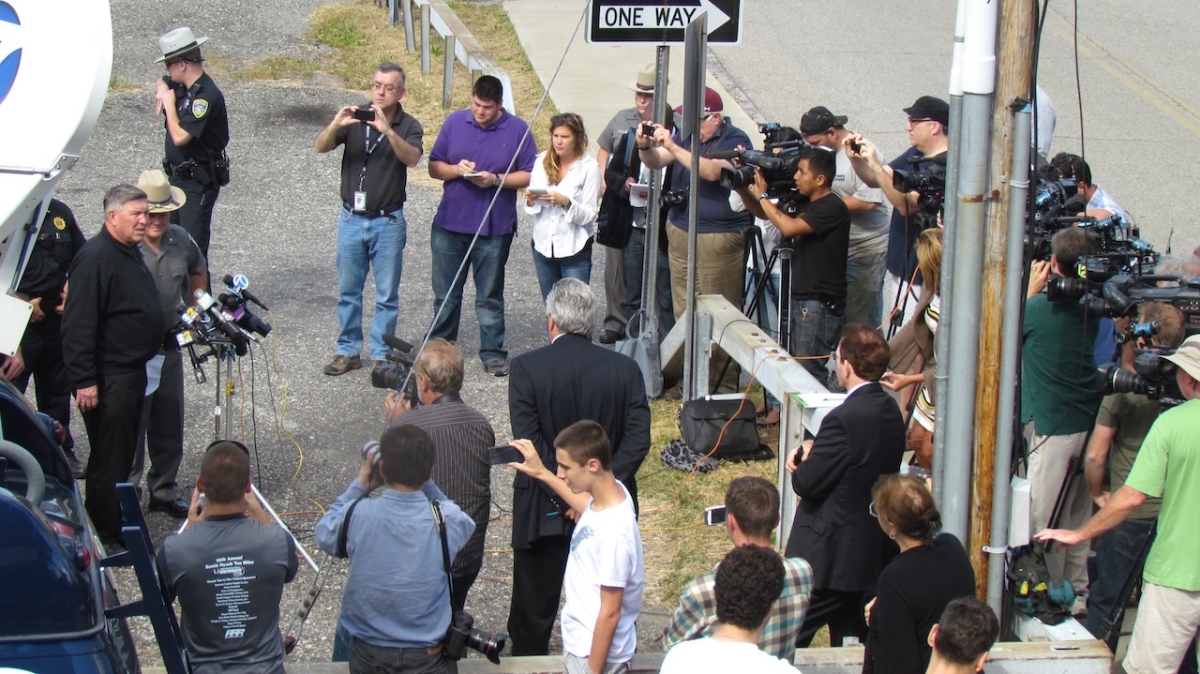 Sheriff Donald B. Smith held a press conference at 4 p.m. next to the Riverview Restaurant. (Photo by M. Turton)

Around noon on Thursday it appeared as if police were about to apprehend or find the suspect. At approximately 11:45 a.m., a dozen heavily armed members of the Putnam County Special Services Unit were dispatched from their marshaling point at the Village of Cold Spring Village Garage area and headed north along the Metro-North tracks, toward Little Stony Point.

Some of the officers had handguns drawn as they walked along the tracks. At the same time, an ATV also headed north on Route 9D with four police officers and a German Shepherd police dog on board. Shortly after that, the state police helicopter began concentrating its flights over Little Stony Point, flying in tight circles. At one point the helicopter hovered over the tip of Little Stony Point for several minutes. Offshore, two police boats pulled in closer to the park.

During the course of Thursday afternoon police and village officials issued alerts to residents and merchants to secure homes and businesses and to call authorities to report something suspicious.

The law enforcement action resulted in the closing for the day of the Haldane School District. Haldane Superintendent Mark Villanti alerted parents at approximately 6 a.m. via telephone that Haldane schools would have a delayed opening of uncertain duration. He subsequently closed the schools for the entire day. Villanti said his decision was based on a recommendation from the Putnam County Sheriff’s Office.

The Garrison Union Free School opened at the regular time after monitoring the situation and consulting with Sheriff Smith, according to a statement by District Superintendent Gloria Colucci. 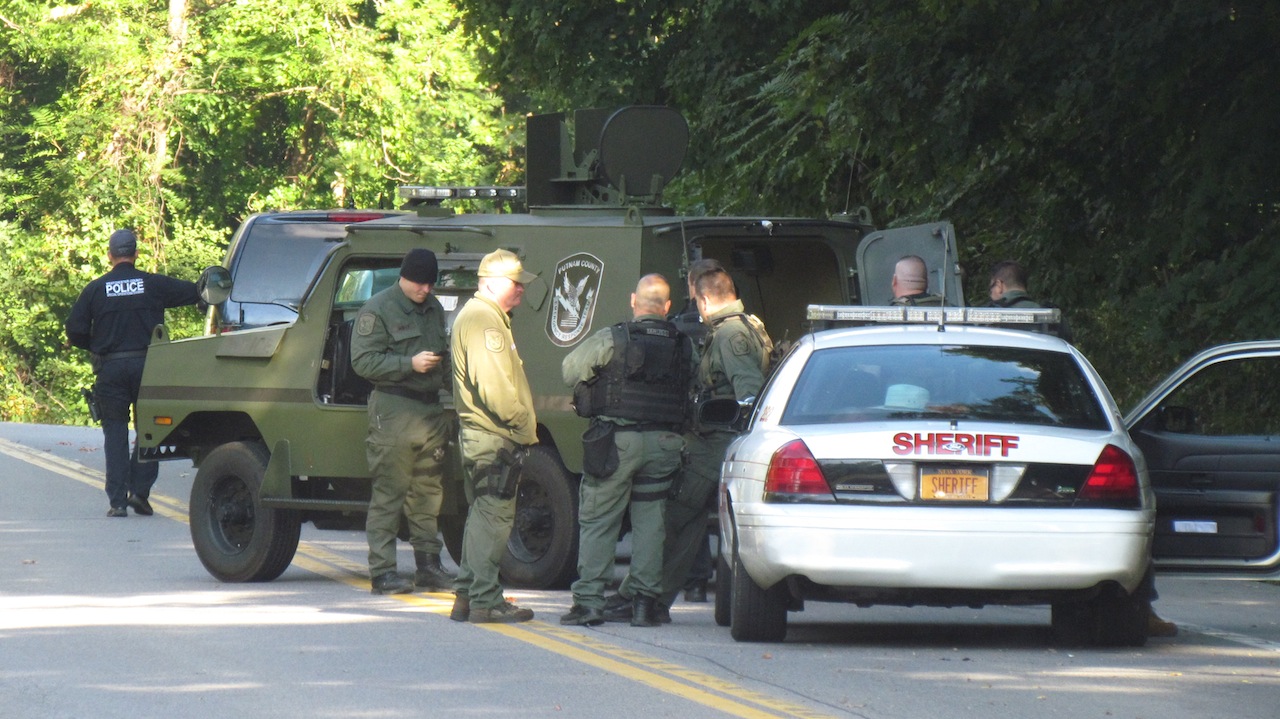 At  9:15 a.m. the Putnam County Sheriff’s Tactical Unit was still set up just outside the entrance to Little Stony Point Park on Route 9D. The FBI is also involved along with New York State Police and Cold Spring Police.  (Photo by M. Turton)

Both Cold Spring Mayor and Town Supervisor Richard Shea participated in early morning consultations with police officials. Shea said he was impressed with the actions of the police and in particular the sheriff. “He has been totally responsive and available to us. He has provided unlimited patrols and said: ‘call us with anything you want; we will address it,’” said Shea.

Falloon pointed out: “No crime has been committed in the Village of Cold Spring, the car was not found in the village. We are lending any and all resources to make sure the investigation continues, the schools are safe and the village is safe.” Falloon said he would monitor the situation and would authorize increased police patrols if needed.