Haldane alumnus Joe Etta, who graduated in 1938, celebrated Haldane’s Homecoming with heartfelt enthusiasm. Homecoming’s always a fun weekend – with its parades, pep rallies, big games and dances. But this Homecoming was different. This one celebrated the “Field of Dreams” – the new, artificial turf athletic field completed in early September.

Whether young or old, alumnus or student, staff or member of the community, the look on peoples’ faces when asked what they think of the new facilities was a remarkably similar expression that could best be described as “delighted disbelief.” The words used to describe the new field also followed a common theme, “amazing,” “fantastic,” “awesome,” “incredible.” 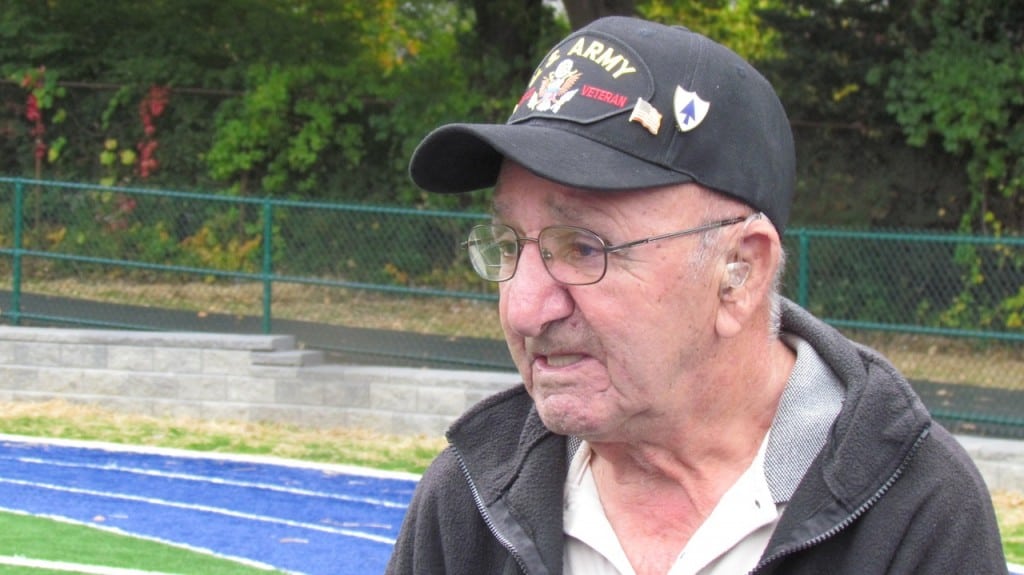 Etta came out Saturday morning to take part in the “Wellness Walk” organized by Hudson Valley Hospital Center and later in the day he attended the football game. At the walk, he did a spry test lap around the practice and walking track that surrounds the new field and then regaled a group of local residents with stories of what Haldane athletics were like 75 years ago.

Etta was completely enthralled with the new field. Gazing out over the green and blue turf, he recalled playing sports in the 1930s on a dirt field on Kemble Avenue.

“Down time” was in short supply during Homecoming – from the pep rally held at the school during the day on Friday right through the Saturday night dance. Boys’ and girls’ soccer along with girls’ volleyball were part of a very full sports schedule.

Friday evening saw the continuation of two longstanding Haldane traditions – the parade up Main Street, followed by the bonfire – this year held just below the sports field. Sandwiched in between was the introduction of Haldane and community sports teams out on the field. Students and residents alike then milled about on the field, enjoying each other’s company while their feet enjoyed the new turf beneath them. Meanwhile, inside the school, tours of the new lockers and upgraded auditorium including a demonstration of the state-of-the-art projection system were offered. 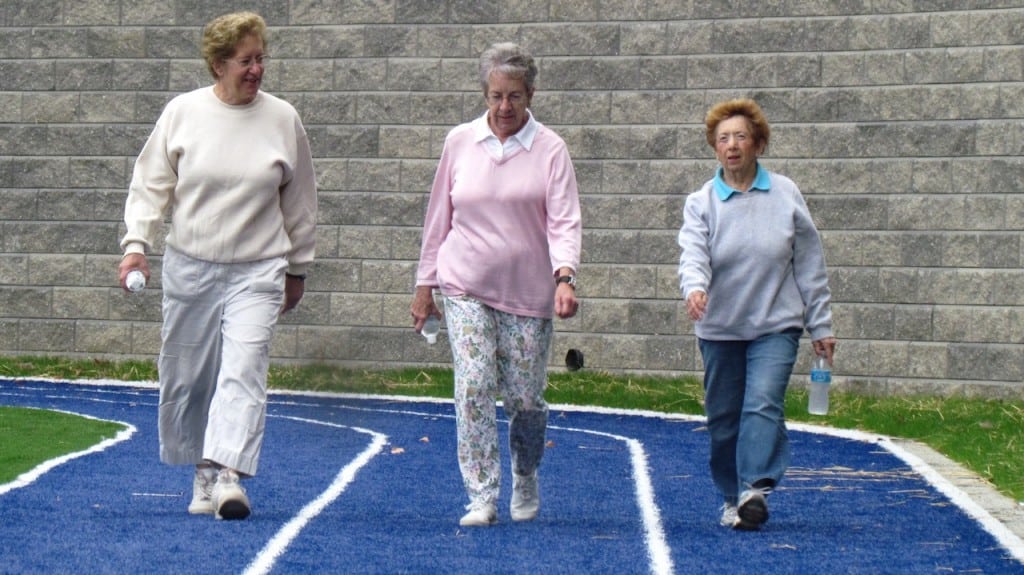 The field was again the center of activity on Saturday beginning with the “Wellness Walk” which helped highlight that the track will be available for community use when the field is not in use by students. Girls’ Junior Varsity soccer versus Putnam Valley was followed by the varsity football game in which Haldane hosted Yonkers Montessori Academy. Local trio Motherlode belted out a stirring rendition of the Star Spangled Banner just before kickoff and the Haldane band provided musical interludes throughout the game.

At halftime, Superintendent of Schools Mark Villanti presided over ceremonies to thank the many members of the community who helped make the “field of dreams” possible. Haldane trounced Yonkers 39-8. The J.V. girls’ soccer team defeated Putnam Valley 2-1, the varsity girls’ volleyball team picked up a victory over John Jay Cross River 3-0, while the boys’ varsity soccer team fell to Hendrick Hudson 2-1. Haldane’s cross country team competed at Brewster. Later that evening, the dance brought to a close one of Haldane’s most memorable Homecomings.