Ninety-nine percent of women in the U.S. give birth in hospitals. About 1 percent give birth at home. And a miniscule percentage give birth somewhere in between.

Two women in Philipstown recently found themselves members of that exclusive club.

At about 7:30 p.m. on Saturday, Oct. 5, a Beacon man stopped his car to alert a Cold Spring police officer, who was making a traffic stop on Fair Street, that his passenger was in labor and not likely to make it to the hospital. The officer called for medical assistance, and the woman gave birth to a boy about 90 seconds after EMTs from the Philipstown Volunteer Ambulance Corps loaded her into the ambulance, said PVAC Captain Patrick O’Dell. 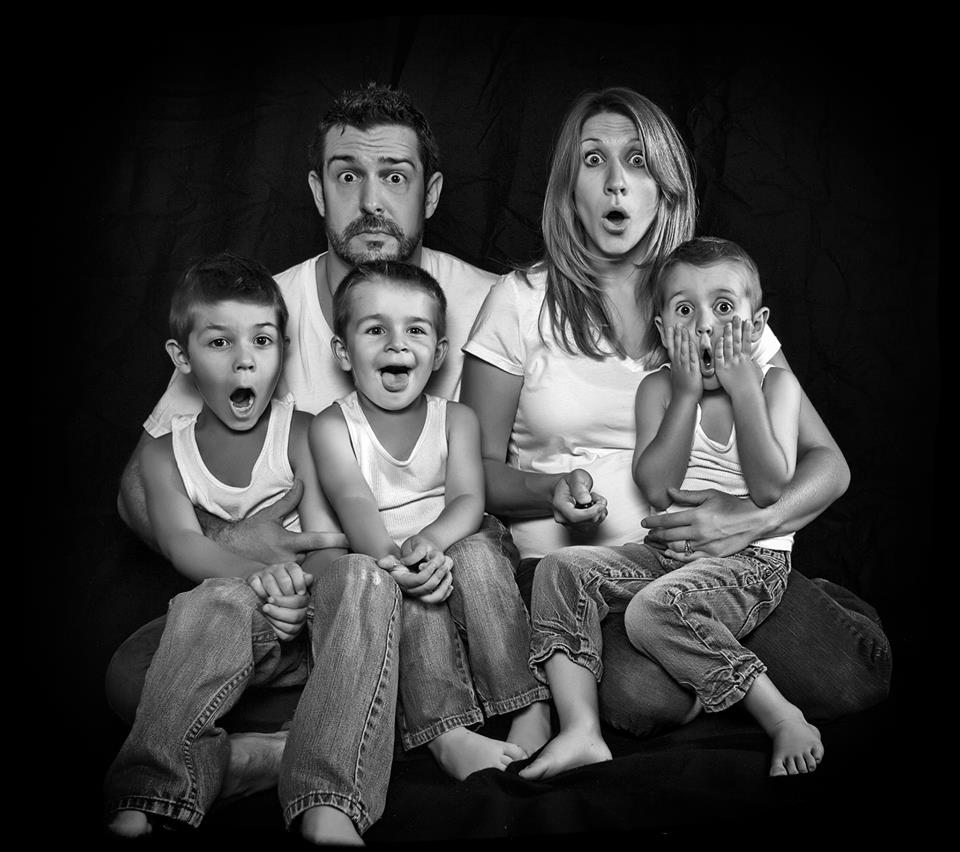 Three days later, on Tuesday, Oct. 8, Sheila Williams had fallen asleep in her home on South Mountain Pass in Garrison after putting to bed her three boys, Merrick, 5 and a kindergartener at the Garrison School, Rhys, 4, and Jake, 2. She had been due on Oct. 6, so she wasn’t surprised when she was awoken by contractions. What startled her was how quickly they became urgent. Her previous labors had lasted 11 hours, nine hours and eight hours.

She phoned a neighbor to look after the boys, then told her mother, Carol Berezan, who was visiting, that it was time to drive to Hudson Valley Hospital. (Her husband, Brandon Williams, an actor, was performing at a theater in New Jersey.) Williams walked downstairs, and at the bottom of the steps, her water broke. She glanced at her phone. It was 10:20 p.m.

Williams went outside. “Because Brandon is working in New Jersey, we needed a second car,” she recalled. “So we had borrowed a Volkswagen Routan from friends in Battery Park City,” where the family lived before moving to Garrison last year. 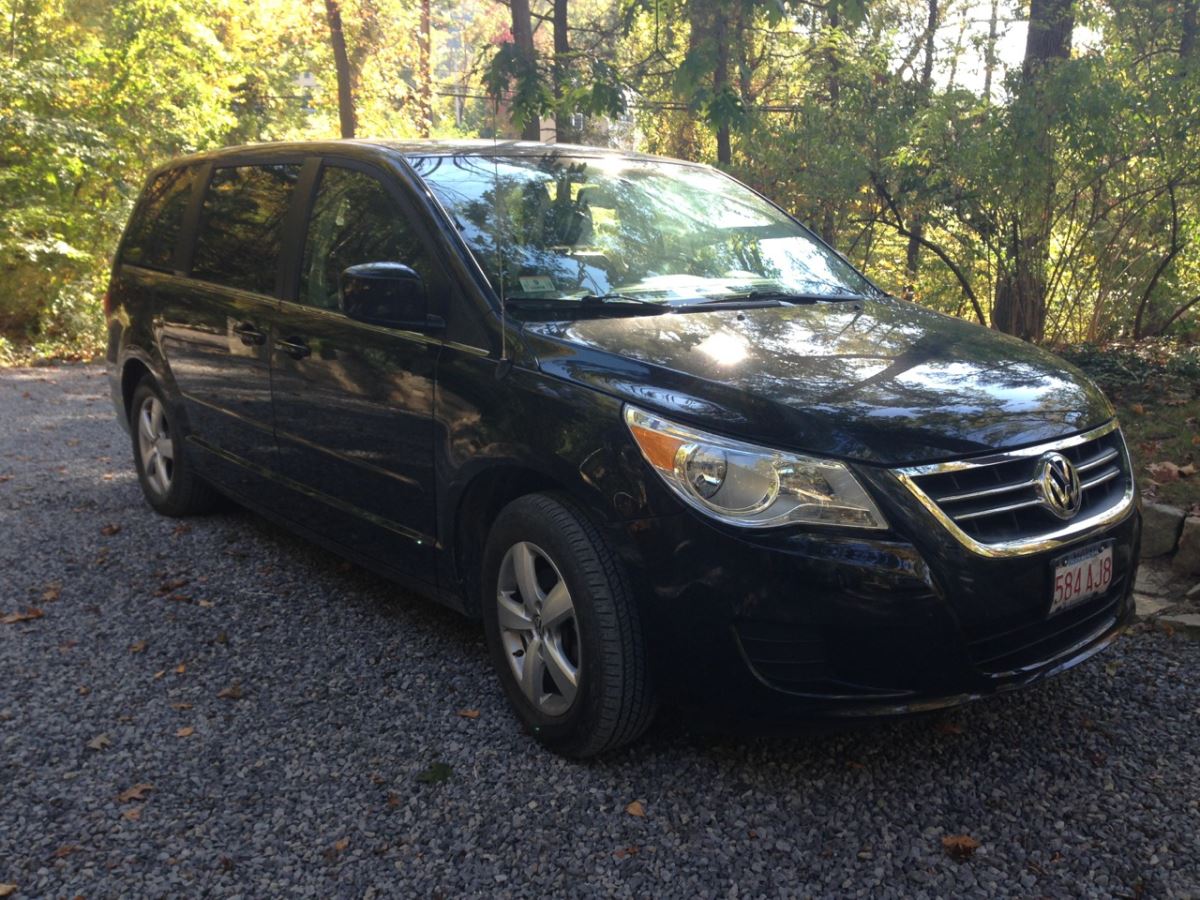 She opened the front passenger door of the minivan and put a towel on the seat. “I had one leg in but realized it was time to push,” she said. “I hit the button to open the sliding side door. The minivan has [front and second-row] bucket seats so I was able to climb in, lay down the towel, and squeeze between the seats on my knees.

“I managed to push my shoes off and get my pants down to my knees. I had planned for a water birth at the hospital, so in a way it was like I was on all fours in the tub.

“My mom came outside but she couldn’t see me in the van because the door on that side was closed. I yelled, ‘The baby’s head is out!’ I was eerily calm. I pushed and the rest of her came out. She was crying, so I knew she was breathing. I had seen all these videos of natural and midwife births [on video], so put my hand on her chest and patted her back and cleared out her mouth. 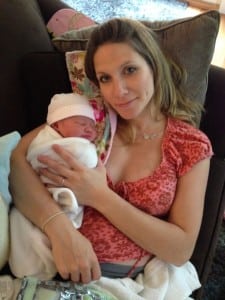 “My mom brought more towels and I wrapped the baby up. Meanwhile, she was on the phone with the 9-1-1 dispatcher, who’s telling us not to cut the umbilical cord because of the risk of bleeding. She said to tie it off about six inches from the baby. But with what? ‘A shoelace or something,’ the dispatcher said. My shoes didn’t have laces. My mom grabbed the first thing she could find in the car, which was my iPhone charger, and used the cord to tie it off.

“This was about the time my neighbor Sally Simone arrived, and she called her husband Chris, who is a retired police officer and former EMT, ‘Get down here!’ Although he said, ‘I haven’t done this in a long time,’ he was very comforting. The paramedics arrived and suddenly it felt like a billion people were surrounding the car. The EMT cut the cord — he said to me, ‘We just delivered a baby in Cold Spring a few days ago!’ — and the other EMT took the baby to the ambulance. They said they had a cardiac arrest earlier in the day but it was boring by comparison.” 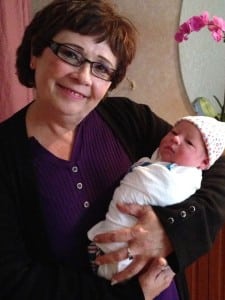 Carol Berezan with her granddaughter

Liv Piper Williams, born at 10:22 p.m., by her mother’s estimate, weighed 7 pounds, 9 ounces and was 19.5 inches long. (Williams says there was no serious thought of naming her Volksy or Routan.) Because of the towel and a plastic carpet protector, her husband found the clean-up relatively painless. Williams says the co-owner of the vehicle, when he heard the news, told his wife, “Sheila just had a baby in our minivan!,” to which his spouse replied, “Very funny.”

O’Dell of the PVAC says the national statistics are accurate at the local level, and that it’s far more common for the Philipstown and Garrison ambulance corps to deliver pregnant women to the hospital than babies to the light. Two births in a week prompted him to action. “I ordered four new obstetrical kits for the ambulances and asked them to overnight them,” said the captain, who in 1997, during his second year on the corps, helped welcome a newborn in a restroom at Papa John’s on Route 9. “They aren’t usually something I have on my monthly supply list.”