On Sunday, Oct. 27, violinist Mayuki Fukuhara will be joined by pianist Kazuko Hayami in concert at the Chapel Restoration on the banks of the Hudson River in Cold Spring. The concert at 4 p.m. is free and open to all. The two musicians have played together in piano trios and chamber music, including the Trout Quintet with Hayami’s Fabbri Chamber Concerts. At the Chapel Restoration concert the distinguished duo will perform Schubert’s Sonata in A major, Chopin’s Ballade in F minor, and Dvorak’s Sonatina in G minor. 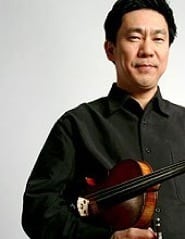 Violinist Fukuhara is the concertmaster of the St. Luke’s Chamber Ensemble and the New York Scandia Symphony. He has performed with the Orpheus Chamber Orchestra, New York, Collegium, Claring Chamber Players, the Brandenburg Ensemble, and as concertmaster with the Vermont Symphony Orchestra.

In the summertime, Fukuhara performs in Japan with the Saito Kinen Festival Orchestra under Seiji Ozawa, and has just returned from that orchestra’s tour of China. He is on the faculty of the Bennington Chamber Music Conference in Vermont, and has performed as well with the Marlboro and Caramoor Festivals. Fukuhara’s formal music education began in Japan at the Toho School, Tokyo.

He came to the United States at age 19 to study with Ivan Galamian and Jaime Laredo at the Curtis Institute, continuing at the Mannes College of Music under Felix Galimir. Mayuki Fukuhara can be heard on numerous recordings for Deutsche Grammophone, Sony Classical, Musical Heritage, Nonesuch and DeccaLondon. His recording of the Bach Violin Concerti, as soloist with the St.Luke’s Chamber Ensemble, has been released on the Music Master label. 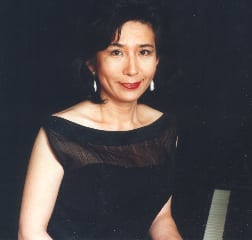 Pianist Hayami is a concert and recording artist and has been Artistic Director of the Fabbri Chamber Concerts since its inception in 1999. Artists International presented Hayami in New York City solo recital at Weill and Merkin Halls for seven consecutive seasons.

She has been a soloist with the Tokyo Symphony, the Crimea State Philharminia and Hudson Valley Philharmonic. For her extensive solo recitals and chamber concerts in Japan, Ms. Hayami was selected by the prominent music magazine Ongaku no Tomo of Japan as one of 1992 and 1997 “Critic’s Choice.”

Her premieres and lifelong championship of contemporary works have earned her critical reputation as “a composer’s dream pianist.” Hayami is a Steinway Artist.

The Chapel Restoration, 45 Market St., Cold Spring, is across from Metro-North Station, where free parking is available on weekends.