Beacon-based artist Melissa McGill is creating a large-scale public artwork titled Constellation for Pollepel Island and the Bannerman Castle ruin. McGill’s internationally exhibited artworks often dwell on the voids or negative spaces in between and around objects.

She has used found objects such as ceramic figurines and prefabricated molds, being attracted to the holes more so than the objects destined to become form. Given this interest, it’s not surprising that McGill was inspired by the architectural ruins of Bannerman Castle to create her new art project.

The castle was built in 1901 on a small rock formation known as Pollepel Island in the Hudson River. Constellation will open there in summer 2014. The artist states that, “living in this area for a number of years and seeing this island and the ruin from the road, from the train, while hiking, I always wondered about the part that was missing….” 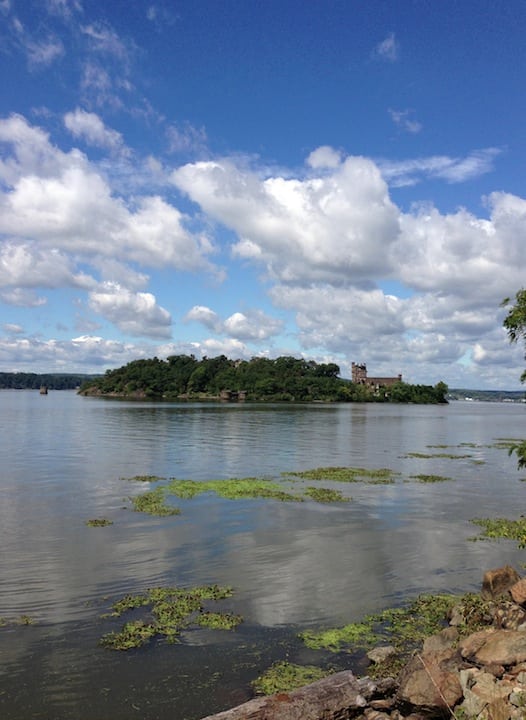 Constellation will light up the evening sky bringing an ethereal form to the darkness by illuminating the original outline of the Scottish castle. Every evening, as the sun goes down, starry lights will emerge one by one with the stars of the night sky. Hovering around the perimeter of the castle ruin, these lighted points refer to features of the structure still standing, as well as those details which no longer exist – creating a new constellation connecting past and present. After shining for two hours the points of light will fade out one by one.

These delicate and ephemeral lights will serve as a stark contrast to the history of Bannerman Castle, which was built as a bunker to house surplus war ammunitions. It self-destructed from explosions and fires over the years. A recent partial collapse destroyed much of what had already been deteriorating. Yet, with Constellation, the castle will take on a new meaning, one that elucidates the beauty of the site and is a meditation on both the destructive and healing power of time.

The history of Pollepel Island itself is shrouded in mystery. Folktales abound from Native Americans to Dutch settlers. It has always been an attraction for visitors, though it was inaccessible until recently. The Bannerman Castle Trust, Inc., in cooperation with the New York State Office of Parks, Recreation, and Historic Preservation, currently provides public tours of Bannerman Castle and the island.

McGill’s plan is for a series of 17 slender tapered aluminum poles to be installed on the island at heights ranging from 40 to 80 feet, creating a visual vertical rhythm around the ruin, drawing the eye upward while bringing attention to the missing remains of the castle. Small solar powered LED lights will be installed on the top of each pole, giving the appearance of individual lights floating in the night sky.

Fractured Atlas is the fiscal sponsor of Constellation, which is in need of additional funding in order to be finalized. McGill and her highly skilled team are currently working on the LED and solar power engineering and design. Her group includes Emmy award winning lighting designer Deke Hazirjian, Polich Tallix Art Foundry’s Dick Polich, and Architecture, Planning and Preservationists Jan Hird Pokorny Associates.

The project has tremendous local support from a variety of local arts and environmental organizations including Hudson Highlands Land Trust, Scenic Hudson, Beacon Arts Community Association, and Manitoga. Linda Cooper, Taconic Regional Director of the New York State Parks, and her staff will ensure that the project does not negatively impact any native plants or wildlife on and around the island.

McGill is also working in partnership with Hudson Highlands Fjord Trail stakeholders, as the two projects will complement each other and attract a wide audience. The work will have many vantage points on both shores of the Hudson River, including commuter trains, nearby hiking trails, roadways, and boats, allowing thousands to experience the emergence of a new constellation over a unique island in the Hudson River. 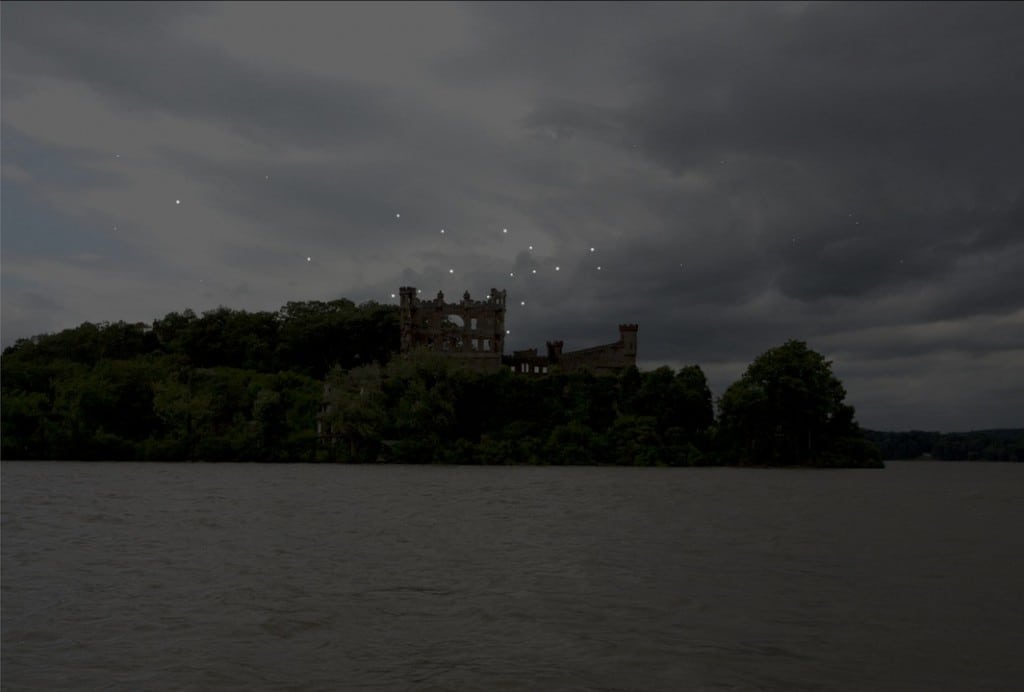 McGill’s work involves an interdisciplinary process, primarily incorporating drawing, sculpture, and sound to explore the space between absence and presence, bringing to light the overlooked, hidden, or lost aspects of architecture, found objects, and historically significant works of art.

Since moving to Beacon in 2007, and through the process of raising a family, she has become increasingly passionate about art in public spaces and its ability to contribute to the local and regional community in a larger sense.

“What is this island? It is a little patch of land, stranded just off shore, that holds, compressed, the entire history of the Hudson Valley: beauty, revolution, industry, decay. These points of recorded history stand against a vast field of unrecorded history: the tribes who left no written record, the geology, the generations of animals and plants that passed unseen.” –Melissa McGill

The artist will give a lecture about Constellation at the Putnam History Museum, 63 Chestnut St., Cold Spring, at 5 p.m. on Nov. 2. Admission is $5 for the general public and free for members. RSVP at [email protected] or call 845-265-4010.