Casino gambling on the ballot Tuesday

When local voters go to the polls this coming Tuesday, Nov. 5, to vote for candidates for the two open Philipstown Town Board seats they will also be asked whether they believe the New York Constitution should be amended to allow state officials to expand casino gambling operations within the state. 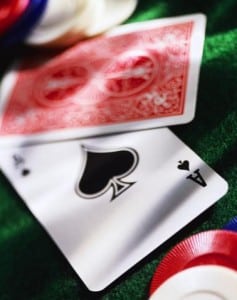 The language of the ballot initiative, agreed to by Gov. Andrew Cuomo and the state legislature emphasizes the economic benefits to the state including new jobs and increased financial support for education. The implied promise of these desirable outcomes has upset gambling opponents and was the subject of a brief lawsuit that was rejected by the court on technical grounds.

If the voters approve, the state government would be able to authorize up to seven new Las Vegas style casinos. Elected officials have already agreed to open only four casinos at first and they would not be located in New York City or Long Island, at least not for the foreseeable future. Regionally, the Catskill resort area west of Philipstown hopes for two of the casinos to revive its moribund economy similar to the hopes of several upstate communities.

Significant but unorganized opposition to the proposal has come from editorials in major newspapers, good government groups and social service institutions familiar with gambling addiction and related consequences of crime and impoverishment. They argue casinos bring as much if not more problems to areas where they are located as benefits. They also point to the saturation of casinos in surrounding states as well as the bankruptcy of a few of them.

Gov. Cuomo acknowledges that he is responsible for pushing the initiative forward yet he has not mounted the sort of full-fledged campaign his political operation has run for other administration ideas. The gaming industry and various unions have promoted the creation of thousands of construction jobs as well as 2,800 permanent employment positions.

Locally, Philipstown’s two state legislative representatives, both Democrats, indicated a studied neutrality when asked their positions on the issue. State Sen. Terry Gipson in an email said he had voted to have the issue on the ballot but was leaving the matter to the wisdom of the voters. In a phone message, Assemblywoman Sandy Galef said she hoped to make up her mind on how to vote by Tuesday. Galef had earlier run a forum on the issue with representatives from both sides of the issue.

A recent poll by Siena College indicated that the measure had support among voters. With New York City having 40 percent of the eligible voters and a mayoral election turnout there might be the key to the outcome on the gambling issue. The poll said New York City voters favor the measure but tellingly don’t favor casinos in their city. 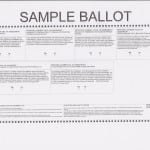 Along with letting voters pick Town Board members, the Nov. 5 ballot seeks citizens’ opinions on topics ranging from more casinos to the retirement age for judges.

While the casino referendum has generated fierce controversy, the other five ballot questions, needing a simple “yes” or “no” vote, have drawn less attention, although three have sparked subdued debate. All involve amending articles of the state constitution.

If a veteran uses the basic credit when joining the civil service system and is later certified as disabled, he or she cannot get the extra points that would go to a veteran considered disabled from the start. A majority “yes” vote would allow a veteran found to be disabled after beginning work to claim the additional credits.

Proposal 3 applies to municipal sewage system spending. It would extend another 10 years, until Jan. 1, 2024, a 50-year-old provision exempting debt for construction or reconstruction of sewage-facilities from limits imposed on municipal debt. Renewing it would maintain a practice intended to help local governments provide sewage treatment, prevent water pollution, and upgrade existing plants without hindering their ability to incur debt for other infrastructure projects.

The Conservative Party opposes the extension because the party “does not approve of government entities separating out certain debts from their constitutional debt limit as it does not give a true picture to its citizens as to the total indebtedness of the locality.”

Proposal 4 sets up a mechanism for settling century-old disputes between the state and certain landowners in the Adirondacks. Under the plan, the state would give up its claims to the contested parcels and in return get property, now in private hands, considered more valuable, for incorporation into state-owned Adirondack Park; the State Legislature would have to guarantee that the land being acquired is more valuable than the parcels now under dispute.

Proposal 5 would authorize the State Legislature to proceed with a separate Adirondacks deal featuring a mining corporation. The proposal involves changing a section of the state constitution designed to keep pristine natural areas “forever wild.” NYCO Minerals, owner of an open-pit mine, wants to tap into minerals in Adirondack Park.

Under Proposal 5, it would take that land and give the state the same amount of land of comparable worth, with a minimum value of $1 million, for forests; in addition, NYCO would restore and return the original state parcel once mining operations cease.
Advocates say the revision would help NYCO continue in business, supplying jobs, as other mineral deposits get depleted; aid small communities whose volunteer firefighters, coaches, and church leaders often work for NYCO; and give the state more park land.

Opponents object that the measure would benefit a private corporation that could expand on other sites nearby, although perhaps not as cheaply; damage old-growth forests and a mountainous wilderness; and, in the words of the Sierra Club, “tear at the ‘forever wild’ provision of the state constitution, which has been the bedrock principle of conservation in New York for 119 years.” 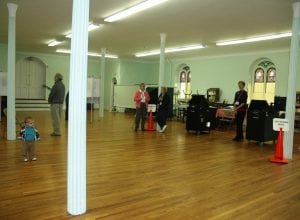 The polling station awaits voters in Cold Spring in November 2011, on the last town-wide election day.
Photo by L.S. Armstrong

Moreover, Proposal 6 would permit Court of Appeals judges who turn 70 while in office to remain for up to 10 more years. The altered rules would not apply to such jurists as family court judges.

Proposal 6 backers say the measure would fight age discrimination, update a requirement set in 1869 when lifespans were shorter, help relieve court backlogs and a shortage of judges, and, according to the New York State Trial Lawyers Association, allow citizens “to benefit from the knowledge and wisdom of our most experienced and dedicated jurists.”

The non-partisan public affairs organization Citizens Union opposes the change, claiming that “there is no principled reason for raising the retirement age for only two groups of judges – judges of the Court of Appeals and the Supreme Court – and not having the same apply to the majority of the state’s judges.” Likewise, the group believes that Proposal 6 “is not a substitute for important and much needed systemic reform, which would address more effectively the shortage of judges and provide for greater efficiencies in the court system.”

The Conservative Party, too, dislikes Proposal 6. Referring to the elected Supreme Court judiciary, it says “there is no imperative need to keep judges on the bench for extended terms.” It further maintains that Court of Appeals judges should be elected (like their Supreme Court counterparts) and accordingly does not favor extending the terms of unelected Court of Appeals incumbents.

3 thoughts on “Voting on a Roll of the Dice”