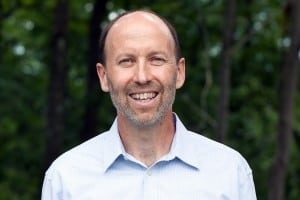 In an interview with The Paper Oct. 30, which he sought, Shea said the Greco story was “composed of misinformation intended to muddy the waters right before Election Day.” He further described the article as an “obvious political ploy on the part of the PCNR.”

The PCNR story in question suggested that a new air of controversy now surrounded the recent approval by the Town’s Planning Board of a subdivision of a 60-acre property owned by the Open Space Institute (OSI) into three 20-acre lots. The property known as Glynclffe contains the historic Hamilton Fish mansion.

Among other things, the article states, “at issue is whether the approval of a subdivision of three lots for residential housing was fast tracked by the Philipstown Town Planning Board.”

While Shea had no direct role in the approval, the chairman of the Planning Board, Michael Leonard, is a running mate of Shea’s as a candidate for a Town Board seat. John Van Tassel, running for re-election as a council member, is the third member of the Democratic team.

Shea was incensed at the implication that the Planning Board approval was anything other than appropriate in both its public six-month process and its adherence to the town’s zoning code which required that the OSI property be divided into no less than 20-acre lots. He also expressed exasperation at the article’s failure to offer clear evidence that there was in fact real community controversy attached to the issue.

Greco cited a nameless Facebook posting, which began “Something is rotten in Philipstown” as proof that there was upset in the community. The article also said Facebook “lit up” in the aftermath of the PCNR debate on Oct. 21, where this issue did first surface. However, a review by The Paper of the Facebook thread Greco references revealed as much controversy over his attempts to introduce and argue the issue on the local FB page than the actual Planning Board issue itself.

At the PCNR debate the issue arose only because reporter Annie Chesnut asked the candidates for Town Board if the OSI application had been fast-tracked. She prefaced her question with the statement: “The Hamilton Fish Mansion is in danger of being destroyed.” In reply Leonard said the OSI application had been thoroughly reviewed in the same way another 18 applications had been during his tenure as a member and then chairman of the Planning Board. He described the review process, including site visits, in detail.

Shea said no one had come forward during the Planning Board process to raise objections to the approval and that no one had contacted him since it was approved Aug. 18. Shea has a well-established reputation for granting meetings with local citizens with complaints.

The Greco article infers that the approval of “a subdivision for residential housing” means an actual construction project is imminent. He also compared unfavorably the OSI approval with the planning review process for the proposed Butterfield project in Cold Spring. He writes in part: “The fate of the former Hamilton Fish mansion is in stark contrast to what is happening in Cold Spring at the Butterfield development, where many in the community seemed resolved to cling to the decrepit former Butterfield Hospital, which, in its current form, has notably less historic significance (than the Fish Mansion).”

Shea was bewildered by this comparison pointing out that no building permits have been sought on any of the three OSI parcels nor have the parcels even been sold. And he said further that no one has suggested anything about the Fish Mansion let alone that its “fate” had somehow been determined. He also said that the Butterfield project, which involves significant proposed construction, is a matter before the Village of Cold Spring government and comes under the village’s zoning code and Planning Board, not the town’s.

A related issue raised by the Greco article is any potential change to or loss of the ball fields on the one-acre property behind the town recreation center. The acre sits on one of the now 20-acre lots owned by OSI. The anonymous FB post Greco cited asked the question, after quoting from the OSI’s mission statement: “How does building two mansions for the rich and taking away open outdoor space used by the Rec. department help sustain the community, offer public enjoyment and conserve habitat?”

“Let’s not forget that OSI gave the town the 30,000-square-foot recreation center building and the 22 acres the center is on as well as the 18-acre town park just up the road. They have been incredibly generous to the town. We wouldn’t have the recreation program we do without OSI,” said Shea, noting that Greco made no mention of these OSI gifts to the town.

Lee Erickson, during the PCNR debate, as noted by Greco, did raise the possible loss of the ball field as a matter of concern and said, “I thought it should have been brought to the public a little more.” Although he complained about what he calls the “echo chamber” of having five Democrats on the town board, Erickson did not criticize the actual Planning Board process or the approval of sub-dividing OSI’s private property.

Shea said people should not assume the ball fields are lost and that he and the rest of the Town Board will be following the issue closely and will be communicating regularly with OSI.