Carol Donick, Director of the Desmond-Fish Library, presented a petition to the Garrison Union Free School Board at their meeting on Wednesday (Nov. 20). The petition was to include a referendum on the school budget ballot in May that will be a separate line item. There will be two questions on the ballot for approval of the school’s budget and another amount for the library. Donick presented 30 names on the petition.

“We don’t do this lightly,” she said. “The Desmond-Fish Library has been serving the community for 31 years and our endowment provided for our costs. In 2008, the endowment suffered losses and hasn’t covered our expenses since then.” 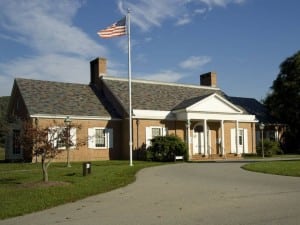 The referendum asks for $75,000 annually and will keep the library from having to make what Donick described as “significant cutbacks.” The calculations she presented worked out to about $55 for the average taxpayer in Garrison, but the exact amount will be based on individual property values.

A survey of 102 community members conducted by the library indicated a strong majority would support the library through taxes. Seventy responded favorably with only five respondents rejecting it.

Board member Jim Cannon questioned Donick about the decision to limit the vote to the Garrison taxpayers rather than the Philipstown community, as the Butterfield Library did. He pointed out that Garrison residents would now be paying for two library systems if this passed. Donick responded: “Since the amount is fairly modest and the library is most used by Garrison, we thought that going to the full town of Philipstown wasn’t necessary.”

Superintendent Gloria Colucci congratulated the Haldane girls soccer team on their successful season and second place win in the state finals. She noted that there were 12 active team members who played at Garrison before they moved on to Haldane.

During a discussion about the budget, the board was informed that about 90 percent of taxes had been collected and that was on track with previous years. The budget was described as “tight.” Expenses for special needs resources for students that weren’t known when the budget was passed last spring and expenses related to implementing the Common Core were higher than anticipated, including copying and substitute teachers.

Principal Stephanie Impellittiere explained that substitute teachers were necessary to cover classrooms when teachers were in training during the day. GUFS teachers are undergoing many hours of training this year related to new teaching standards.

The budget is not currently at risk, but Colucci said, “We’ll have to cut somewhere. The budget that is voted on in May is an estimate.” The additional second grade class that was added over the summer when enrollment increased was another example of an unexpected expense. A summary of costs related to implementing the Common Core standards is being worked on.

At the conclusion of the meeting, board members can comment on any issues that have come to their attention. Both Charlotte Rowe and Theresa Orlandi spoke about their support for the Common Core. Rowe referred to recent news articles criticizing the Common Core standards and said, “I think the Common Core has a lot of different issues conflated into one and it has added a richness of subject matter aimed at improving education. The data and testing issues have all been lumped together.”

Theresa Orlandi said, “I think there is a lot of misconception about the Common Core. I think the more information people have, the better they can understand it.”

Colucci announced that the PTA was planning an information session about the Common Core standards after the holidays.