Expected to assist with parking sites along 9D

New York State last week awarded the Town of Philipstown a $100,000 grant for the Hudson River Fjord Trail – a welcome sum, though considerably less than the nearly $1 million sought for the hiking-bicycling path, intended to link Cold Spring to Beacon and parallel the river, train tracks, and Route 9D. 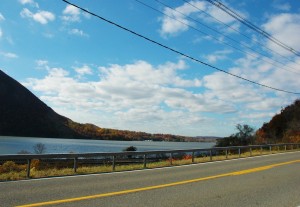 According to an e-mail circulating Friday afternoon among the ad hoc coalition of backers of the trail, Philipstown’s application had requested $861,000 in state support during this funding round. The coalition consists of volunteers from the community, environmental organizations, and government entities from village to state level, stretching across two counties.

“We had applied for an amount significantly more than that” provided, Shea said Thursday. “But $100,000 is a generous grant award. It’s big news because we have matching funds for that also. So we can go ahead and start an actual part of the project. It’s exciting to think that in the spring we could actually see some physical construction take place.”

Shea subsequently told Philipstown.info that the $100,000 would probably go toward construction of one of two parking lot-cum-trail access sites or “anchor points” planned just beyond the village of Cold Spring at Little Stony Point and Breakneck Ridge, where mountain paths climb into the hills. Improvements at those locations would thus assist users of both the Fjord Trail, when built, and the existing hiking paths.

The brief mention of the grant in the state’s list of all winners referred to the money as an implementation tool and said “the implementation phases of the project will focus on facilitating safe access between the Breakneck train stop and Breakneck Ridge, the top-rated day hike in North America.” Metro-North’s Hudson Line trains stop at a Breakneck Ridge mini-station on a limited basis.

The supervisor informed his Town Board colleagues that given the gap between the request amount and the actual grant, “we’re going to have to see how we can move along without the additional funding. We’re trying to find some make-up sources – which we will.” 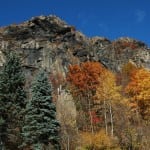 He praised the Hudson Highlands Land Trust, a financial contributor to the endeavor, and other Fjord Trail supporters, including Scenic Hudson, the Open Space Institute and the state government.

An e-mail sent out Friday afternoon by a non-governmental leader of the Fjord Trail coalition stated that “over the next couple weeks, project partners will be discussing ways to best implement that funding and potentially leverage additional funding. Stay tuned. Great things are happening!”

The Philipstown grant came through the 2013 Regional Economic Development Council Awards program. Another applicant from Putnam County, Clear Solution Labs LLC, won $1 million to establish a manufacturing business to create health and beauty products and over-the-counter goods as well as pressed powders and high alcohol processed items, according to the state listing of recipients.

Putnam County shares in several successful multi-county grant applications, including one that got $1 million for a 3-D printing project, based at SUNY New Paltz, to “establish the region as a national center for additive manufacturing – 3-D printing – technology, design, research, and manufacturing.”

The Hudson River Sloop Clearwater will receive $497,303 for repair and restoration of planks, centerboard, and related components of the boat; the Dia Arts Foundation is getting $37,000 for arts education activities at Dia Beacon. Peekskill was awarded $175,000 for design-stage efforts on a project involving an old pier on the Hudson.

One thought on “State Awards $100,000 Grant to Philipstown for Fjord Trail Project”