In an effort to fulfill its commitment to help others, volunteers from St. Philip’s Church in the Highlands crossed the Hudson River to Newburgh and also flew to New Orleans last month to perform service projects to help try to improve lives of those in need. 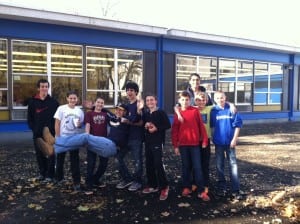 The Newburgh project was done in collaboration with parents, students and board members of San Miguel Academy in preparation for its relocation. The academy educates 65 boys from under-served families in inner-city Newburgh. San Miguel aims to break the cycle of poverty through education.

For two days on a November weekend, families from Philipstown and Newburgh worked side-by-side cleaning and painting classrooms at the site for the school. St. Philip’s Church plans to follow up by recruiting volunteers to assist with tutoring and after-school activities with an emphasis on the arts.

Volunteers also helped with a project to renovate a storm-ravaged home in the Bywater neighborhood, which had been donated to Calvin Duncan, who unjustly spent almost three decades in Angola Prison in Louisiana for a crime he did not commit. The courts freed him from a life sentence in 2011 after prolonged efforts by the Innocence Project. 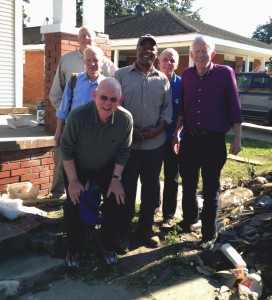 HOW WE REPORT
The Current is a member of The Trust Project, a consortium of news outlets that has adopted standards to allow readers to more easily assess the credibility of their journalism. Our best practices, including our verification and correction policies, can be accessed here. Have a comment? A news tip? Spot an error? Email ed[email protected].