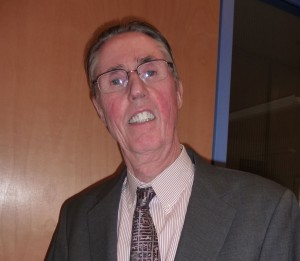 Previously, he was the superintendent of the North Rockland Central School District for 14 years until he retired in 2009. He then taught at Pace University for three years and was the coordinator of the school’s graduate programs in Educational Technology and Educational Leadership.

Monahan will bridge the transition period until the board has hired a permanent replacement for Colucci. Board President Raymond O’Rourke gave a positive and confident update on the progress of the search. The board is currently considering seven candidates and will conduct interviews Jan. 8-11. O’Rourke said, “Each of the seven are people we want to see and based on the paperwork, any one of them could fit well here.”

David Gelber, a parent, requested that the board create opportunities for both Monahan and the new superintendent to find out how parents feel about the school. He suggested the board should support and promote listening sessions and conduct an open survey to engage parents with the new leader. He described this moment as a “turning point” and said, “Whoever does come in should have a very clear idea of where the parents are and things that could be better.”

Gelber and another parent, James Hoch, both echoed the sentiment that the public comment section at the board meetings could be held at the beginning rather than the end to encourage participation, too.

O’Rourke and board member Charlotte Rowe responded to the comments by detailing the many ways that the board has made the superintendent search an open and transparent process engaging parents and the community. Rowe also shared the many ways that parents can communicate with board members, faculty and administration through meeting requests, email or phone calls. She affirmed that parents don’t have to wait for a board meeting to voice concerns or ideas, but can come forward at any time. Gelber reiterated that he wanted the board to “proactively encourage” parent engagement and make the most of the opportunity.

James Hoch raised concerns about the Common Core and the impact on students, teachers and parents. He suggested that individual teachers organize open meetings with parents.” Gelber said, “Most parents don’t really get what’s happening and this is a transformative moment in elementary education. I don’t see real interaction about what’s happening and teachers should be engaging with parents on this.” 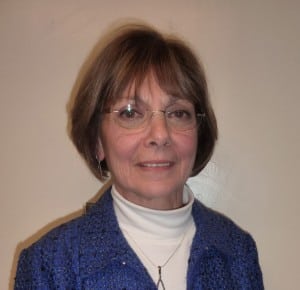 Superintendent Gloria Colucci has postponed her retirement date until Jan. 21, 2014, until the new interim superintendent is available.

Colucci responded that the PTA is scheduling an upcoming forum for parents about the Common Core. Both Hoch and Gelber reitereated that they want to talk with teachers directly, not in an open forum that addresses generalities. O’Rourke said, “ This is a suggestion that is well-made to the PTA because they are an organization that can take this idea further.”

The issue of children with allergies was raised during several sections of the meeting in reference to an upcoming Allergy Awareness session. Hoch took this further and suggested that the school should be holding drills to practice responding to anaphylaxis reactions so that everyone in the school is prepared and confident when a situation comes up. He said, “Just like you hold fire drills, the school should be doing this. Every second counts.”

Colucci responded that the school nurse is trained and trains teachers, that every teacher has a “cheat sheet” about responding and full information about the needs of the students in their classrooms. A teacher who was present also reiterated that she and other teachers took it very seriously and were prepared on how to react.

In other discussion, the board approved a purchase agreement for new copiers and had a monthly review of the budget. Committee reports were approved and everyone welcomed Monahan to his new post. The next meeting will be held on Jan. 8, at the regularly scheduled time.