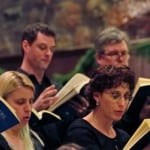 On Sunday Dec. 22, more than 500 people in total sat rapt in the pews of St. Mary-in-the-Highlands Episcopal Church. The accomplished and recognized musicians themselves described the Handel’s Messiah performances as effectively original, of serious quality, and among the most moving they had played. And in the days since, audience members have been sending echoes of the concerts’ warmth and sense of coming together across the Philipstown community.

Both of the sold-out performances, held in the church whose lawn serves as the Cold Spring village green, were met with enthusiastic standing ovations, smiles and tears as well – not only by those who heard them but by those who performed them, in rare public displays by seasoned professionals.

During the reception between performances in the church’s Parish Hall and afterwards on social media or in personal encounters, people expressed an appreciation for both the highest-level musicianship of the players and the extraordinary effect of so many local people gathering on the same day to celebrate the season’s aspirations toward fellowship and unity.

The concert served as a fundraiser for financially strapped St. Mary’s as well as the food bank located at the First Presbyterian Church of Cold Spring. Asked about his reaction to the concert and its meaning for his church, Father Shane Scott-Hamblen, the rector, said: “It was a tremendous success. Gordon Stewart came through and helped out the parish at a time of dire need during a harsh economy. He was a delight to work with and so were all the musicians – all were top-drawer,” said Fr. Shane, himself a fine performer of Bach on piano. 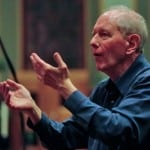 From the moment Stewart mounted the podium to conduct each performance without using a score, until over 75-minutes of this specially-arranged continuous version passed, and everyone stood to be part of the Hallelujah Chorus, interpreted in new ways, the concert seemed to float on a cloud of poignant enchantment. Its impact remained aloft into Christmas Day and will be sensed for a long time to come.

George Frideric Handel’s 18th-century masterwork was originally intended as an Easter celebration including profound musical portrayals of the Passion of Christ, but over time has become a ubiquitous evocation of the Christmas season. It was Stewart’s concept to mount a professional quality abridged production that would weave the work’s sublime evocation of the potential for all humanity’s redemption through the birth of every child and the joy of the light shining in the depth of the earth’s longest night together with the particular fabric of the community, to create a Philipstown Messiah 2013 that could be appreciated by all citizens regardless of their personal beliefs and musical backgrounds.

Stewart, publisher of Philipstown.info/The Paper, credited the “humblingly high” level of the performers and their willingness to accept and realize a conductor’s ideas if they respect both.

“If a musical performance is to be honestly moving, it must be built on commitment to the composer, respect for the players, and rock-solid execution of the score together,” Stewart said. “A conductor to me is a conduit from composer to players to audience. Expression not earned through competence is indulgence. And this defines the difference between truth and kitsch.”

In this regard Stewart paid special tribute to the concertmaster and first violinist Rachel Evans, a Garrison resident, for her efforts in recruiting musicians and organizing the music and players into an effective ensemble with so little rehearsal time. “I want to be clear that without Rachel Evans there could have been no Philipstown Messiah. Because of her skill and leadership, I could sit down during the most intimate arias, and give over the podium to the soloist and players to enjoy bringing the music to the audience together without a visible conductor. This made interpreting and executing the complex choral writing far more effective.” 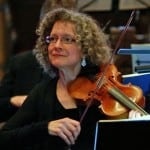 “As far as having so little rehearsal time Gordon and I got together several times to go over in detail what he was thinking about for phrasing, dynamics and tempo for each movement,” said Evans. “The singers had their scores ahead of time with Gordon’s tempos marked and then as things were changed emails went out – so there was a communication going on before we met at the first rehearsal. At the rehearsals we were very careful to continue to move through the piece so that we could get all the way through it once – and then we had a complete run-through.”

Asked about the meaning of the Messiah tradition in her life, Evans said: “I have poured my life into being a classical musician and teacher. I’ve played and performed every kind of music from medieval to ultra contemporary improvisation. For me the most spiritually rewarding is baroque and classical music. One of my family’s Christmas traditions was to sit down Christmas morning and sing along with the entire piece. I’ve played the Messiah nearly every year since the 1980s. In the late 80s I started playing it with original instruments at St. Thomas in New York City. In 1995 I studied baroque violin in Germany and devoted about 10 years of my life to playing early music on period instruments almost exclusively. Every member of this orchestra and nearly every member of the chorus has spent time devoted to this style.”

Stewart stressed that Evans is also important to classical music existing in Philipstown. “Rachel is that rare highly skilled professional who works and plays as beautifully and joyfully with amateurs and children as with the best musicians in New York and abroad. For example, our only rehearsal ended at 5 [p.m.] on Saturday and we had two concerts to give the next day. But by 6 Rachel was leading a group of small children in a recital she designed around each one’s abilities.”

Evans readily agreed that presenting the concert in her own town had a special meaning both for her and the audience. “Sharing the highest level artistic experience with the community in which I live is deeply gratifying. One local artist and friend called to tell me how deeply moved she was, saying that she felt it was a community art happening and that people cried during these performances because the community needed and wanted to come together. To her mind this was the gift that Gordon gave the community. Another audience member wrote: ‘I personally wept most of the way through the performance, from the beauty of what I was hearing.’”

A few other local residents lent their considerable skills to the performance, including choral singer Terry Platz from the St. Philip’s Episcopal Church choir and the group Motherlode who praised Stewart for “his inspiration to establish Philipstown as a top-level Messiah destination, bring new awareness of St. Mary’s Church to the community and with music, help the town heal over a very emotional time.” The last reference was to the death of Jim Lovell in the recent Metro-North train wreck. The second concert performance was dedicated to Lovell’s memory.

Gabriela Mikova Johnson (solo soprano) of Beacon, Lisa Sabin (alto) of Garrison, and Christine Bokhour (alto) of Garrison have all performed in several local musical productions in addition to their professional credits. And there was a homecoming of sorts for countertenor Nicholas Tamagna who offered stirring solo singing. His father Vinny Tamagna, a county official and former long-time Republican elected representative of Philipstown, beamed throughout the performances and gladly accepted congratulations during the reception from people of all political stripes.

One thought on “Handel’s ‘Messiah’ Rings Through St. Mary’s”