Some of our local arts organizations have 2014 all planned out, while others are still plotting their calendars. While a few (for example Boscobel, Stonecrop Gardens) operate seasonally, shuttering to the public in the winter, the majority offer year-round programming.

Garrison Art Center’s galleries are already booked for the year, with artists working in a variety of media, from collage to painting, photography to sculpture. Their winter season opens on Friday, Jan. 11, with an exhibit of 50 collages — paying homage to the Center’s 50th anniversary — by Ivan Chermayeff. There’ll be a reception on the 11th, from 6 to 8 p.m.

Other highlights include exhibitions by Art Center members (Feb. 14 to 23) and students in the mentor program (March 1 to 9) and their anniversary installation, called 50 Square, opening May 24. Annual events such as the Riverside Art Auction, and PHOTOcentric return anew.

Directly across the Garrison’s Landing way, the Depot Theatre’s first January program is the Depot Docs showing of Detropia on Friday, Jan. 17. According to the film’s website, “Detroit’s story has encapsulated the iconic narrative of America over the last century – the Great Migration of African Americans escaping Jim Crow; the rise of manufacturing and the middle class; the love affair with automobiles; the flowering of the American dream; and now … the collapse of the economy and the fading American mythos. With its vivid, painterly palette and haunting score, Detropia sculpts a dreamlike collage of a grand city teetering on the brink of dissolution.”

The Bond Girls take over the Depot on Jan. 25, with the Lisa Sabin-hosted Bond Songs celebrating what is, for many, the highlight of many a James Bond film: the opening credits with their suggestive-song accompaniment. Feb. 1 brings Erica Herd and Le Swenson’s Alzheimer’s Blues. Press notes say: “There are times in life that are so challenging, the only thing left to do is laugh. When Erica Herd’s mom was diagnosed with Alzheimer’s disease, she had to become a caregiver. And as things went from bad to worse, she found a way from despair to humor – then she wrote a play about it, and set the whole thing to a smoky blues score.

Alzheimer’s Blues is a surreal look into the lives and minds of Erica and her mom, guaranteed to make you ponder the power of love.”

Promised in March (7 to 23) is a concert version of the Tony-award winning musical 1776, directed by Nancy Swann. Based on events surrounding the Declaration of Independence, it centers on the efforts of John Adams to persuade his colleagues to endorse independence and sign the document. 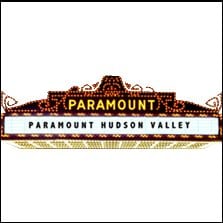 Just a crow’s fly south of the Depot is Peekskill’s Paramount Hudson Valley, where Maria Muldaur will perform on Feb. 7. Concert promotions note: “In the 40 years since Midnight at the Oasis, Maria has toured extensively worldwide and has recorded 40 solo albums covering all kinds of American Roots music, including gospel, R&B, jazz and big band (not to mention several award-winning children’s albums), before settling comfortably into her favorite idiom, the blues, in recent years.

Often joining forces with some of the top names in the business, Maria has recorded and produced on-average an album per year, several of which have been nominated for Grammy and other awards.” Other, wildly diverse events on the horizon there include the Feb. 8 appearance of comedian Bill Engvall, who has appeared in numerous television shows including The Jeff Foxworthy Show and Designing Women; the Harlem Teens Choir on March. 1, featuring stars from the off-broadway hit Mama I Want to Sing and members of the Gospel for Teens program; and a “tale of good versus evil where deception reigns and temptation rivals the strongest of wills” ­— in the form of Rhythm of the Night, a Mar. 14 production from an Irish dance troupe.

Featured will be Justin Boros, a professional Irish dancer who has toured the United States and Europe with Michael Flatley’s Lord of the Dance. Southern rock reigns on March 29 with the Charlie Daniels Band.

Although Glynwood Farm isn’t hosting any public programs during the winter months, their pasture-raised meat and eggs will still be available for sale from their farm office each Thursday from 3 to 6 p.m. The farm office is the first non-residential building on the right as you enter Glynwood property via the main driveway. It is a white building labeled “The Dairy.” Cash, checks, debit and credit cards are accepted.

Glynwood sends out an update to anyone interested in buying products every few weeks detailing fresh cuts and specials available. To be added to this list, send an email to Ashley Holmes ([email protected]) requesting these updates.

At Manitoga the tours of industrial designer Russel Wright’s home and studio won’t start up again until spring, but the miles of hiking trails are open year-round, depending on the accessibility of the sometimes iced-over parking area. 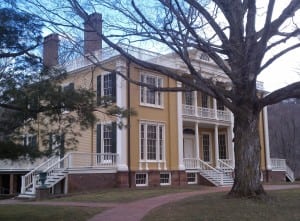 The Mansion at Boscobel

Word from Boscobel comes that although their 2014 calendar of events is not yet solidified, “visitors can still expect our traditional events to take place, such as the Snapping Turtle Walk in June, the Hudson Valley Shakespeare Festival during summer months, the Big Band Concert and Sunset Picnic in September, Ghost Tours and Family Bonfire Night in October and finishing the year, Twilight Tours during what will be our 2nd annual Sparkle event. On Feb. 8 this year we will, once again, be a viewing station for the Teatown Reservation’s Eagle Fest; there is no admission.”

For more outdoor activity, look no further than the Taconic Center, where Winterfest takes place on Jan. 12, from 11 a.m. to 3 p.m. 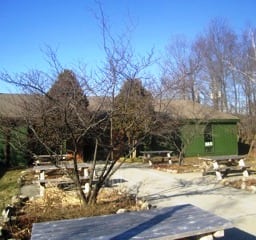 Activities include snowshoeing, ice fishing, tubing, crafts and a live animal presentation. Food and beverages are available. The cost is a hard-to-beat donation of $2 for adults, $1 for kids. If all that activity makes you hungry, return again March 9 for the Maple Sunday Pancake Breakfast. From 8:30 a.m. to noon, visitors can celebrate the Sugar Maple season with hands-on demonstrations of tapping trees and boiling syrup and a plateful of pancakes to pour the results over to enjoy. The cost is $8 for adults, $6 for kids.

There is no cost at Philipstown Rec’s Feb. 8 Winter Carnival, held at the Philipstown Recreation Center and Winter Hill  from noon to 5 p.m., with a shuttle between. Promises come of a bonfire, music, snowman building, snow golf, snow tubing and possibly ice skating. If you’re in sixth to eighth grade and want more, there is a special snowtubing trip to Tuxedo Ridge Ski Center on Jan. 17, from 6:30 to 10 p.m., transportation provided. This one is open to residents only and costs $20; contact Rec at 845-424-4618.