Stepping back in time through taste

Once partially relegated to the “time-consuming, outdated” way of doing things, canning and preserving, along with similar traditions once handed down generation to generation, have returned to favor. More people are rejecting heavily processed foods, seeing value in using unaltered ingredients to feed themselves and their families. 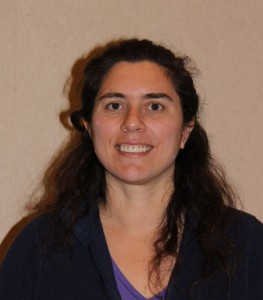 Garrison’s Jennifer Mercurio grew up in a family with these traditions. Her great-grandmother taught all of her daughters how to preserve “everything.” Her great-aunt’s home had a “huge canning basement.” But Mercurio “didn’t think much of it” – until fairly recently. Her career as an attorney in the tech world demanded many hours and it wasn’t until she and her family, including young daughter Eleanor, moved to Garrison that she revisited the ways of the women who came before her, and decided to learn what they once could have taught her.

After years of educating herself and experimenting, constant requests from friends for the jams, jellies and preserves she creates has led her to begin a new business, called “Eleanor’s Best,” after her daughter as well as many other Eleanors in her family. An initial line of four products debuted a couple of weeks before Christmas. Stocked solely by Cold Spring’s The Country Goose, the spreads have been “flying off the shelves” according to proprietor Leonora Burton, with re-stocking going on every few days since their first appearance.

Having chosen this area to move to in part because of its “more rural feel and the fact that the community connected nature in a way not found in other places,” Mercurio felt at home with the back-to-earth, locally-grown food ethos she found, and “saw that it impacted my family directly; we wanted to feed ourselves, so along with joining a CSA, I started to grow things for our consumption. I noticed my friends canning and asked them if it was easy, and their reply was: ‘It’s not too difficult, and it’s fun.’” 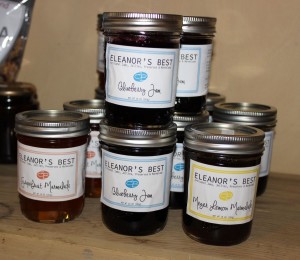 On a shelf at Country Goose: three of the first four of Eleanor’s Best flavors: Blueberry Jam, Grapefruit Marmalade, and Meyer Lemon Marmalade.

Regretting that the equipment that her elders had used was long-gone, she took the plunge and bought her own, then researched heavily, learning, first and foremost, how to proceed safely and properly. “It’s almost a lost art,” she says, “and it can be scary knowing that doing one thing wrong can have drastic consequences.”

Reaping a bumper crop of raw materials from her growing labors, she began experimenting with recipes, particularly for jams, jellies and marmalades, all of which pleased the eager tasters around her.

“I started getting requests from friends, then friends of friends, and family for the stuff I was making,” she relates, “so it became a natural extension to offer it to others.”

Mercurio secured a New York State Department of Agriculture Home Processing License and got to work. Using seasonal produce, Mercurio developed a range of four flavors to start. By seasonal, this can mean a week-to-week output, for instance this is “Bitter Orange” season; however the fruit doesn’t turn orange until January — the taste is the same regardless of the color, but the hue is green. And while citrus in general rules the roost in winter, Meyer Lemons will likely phase out in February this year because of unusual cold blasts in California. Fall was filled with apple, pear and quince and spring brings stone fruit. 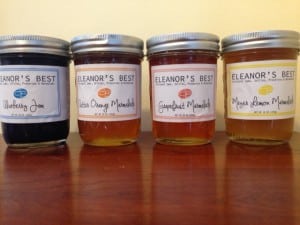 Mercurio works hard to locate growers who grow completely naturally, not using gases to alter their fruits. She has found growers very receptive. “It’s very difficult to grow crops in this country competing with huge agricultural businesses. I like to work with people whom I consider artisans — local farmers who are artists in crop maintenance, seed-saving and in producing heirloom varieties. Everyone we use is either certified organic or without certification only because the certification process can be expensive and onerous and not everyone can afford it.”

Giving broad definitions to her four mainstays, Mercurio says jam “has some fruit in it; think of it as lots of fruit, squished and processed.” A preserve, on the other hand, “is a lumpier version of jam, usually using bigger fruits.” With marmalade, “one uses all of the fruit to make the product: juice, cut-up peel, just about everything.” Even the pieces of pith taken away are put in a cloth and boiled to make the pectin, which thickens it.

For jelly “you’re using liquid condensed from the fruit, but no part of the fruit except for that liquid; you’re collecting the juice, processing it, adding sugar and pectin,” she explains. Mercurio has “learned a lot of science on the fly” since becoming expert in preserving. She has “been more or less forced to re-engineer both a bitter orange and a grapefruit marmalade because I found serious issues with things found elsewhere.”

With the first few products selected (blueberry jam, grapefruit marmalade, Meyer Lemon marmalade and Blood Orange marmalade — more flavors to appear in the future), the next stage, which Mercurio is just embarking on, is marketing.

“It hasn’t been difficult reaching out to people over the last few months, finding places in the Hudson Valley where Eleanor’s Best will be stocked imminently,” she said. With the soft opening for the products at Country Goose bringing largely unanticipated success, Mercurio has been catching up with all the daily re-stocking needed, while making plans based on this initial demand and more. “There’s been tremendous demand thus far, but I’m taking it one step at a time, talking to caterers, restaurants, farm stalls and other places, and now the emphasis will be on facilitating this. We’re really at the front end right now.”

Mercurio is lavish with praise for Leonora Burton — “I don’t know how to thank her enough for her support in all of this; she’s been amazing.”

Fueling all of this effort is Mercurio’s belief that there is a real desire out there from many to eat “real, good food. Believe me, this stuff is good and it is real. It takes time to create it. If I’m going to have a slice of toast or oatmeal, I don’t want a schmear of empty calories on it, or things engineered to taste like food. I want to have an experience that is true. I think a lot of people desire access to that. Making it requires time, patience, knowledge, equipment and a sense of humor. Not everyone has all of these (except the sense of humor, hopefully!), but I really like doing it. We take the work out of it and try to make it economical.”

As of now, all of the Eleanor’s Best products can be found solely at Country Goose, 115 Main St., Cold Spring. Follow the newly-made Facebook page as they develop further and expand both the range of their products and where they are sold. A website is under development.