The Chapel Restoration board announces the appointment of Ivy Meeropol and Rebekah Tighe to its advisory board.

“Ivy and Rebekah have already shown what they can do with their successful Sunset Reading Series, bringing world renowned writers to our community. We will be strengthened by their membership on our advisory board,” said Michael J. Armstrong, president of the board of directors. 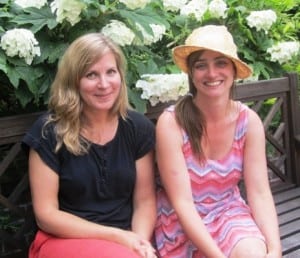 Meeropol is a documentary filmmaker whose work includes Heir to An Execution, an exploration of her family’s conflicted views of the Rosenbergs’ trial and execution, featured at Sundance Film Festival, and The Hill, a series for the Sundance Channel about four young staff members in the office of Congressman Robert Wexler (D-Florida) and their response to the crushing defeat in the 2004 presidential election. A graduate of Sarah Lawrence College, Meeropol served as a legislative aide to Congressman Harry Johnston (D-Florida). She lives with her family in Cold Spring.

Tighe has had a number of careers but currently enjoys life as a cook and freelance baker. She lives in Cold Spring with her husband, Jeff, and son, Evan. When she thinks of The Chapel Restoration she can still smell the little beeswax candles she held during the Christmas services she attended as a child and can see the Hudson River sparkling with afternoon sunlight as it did the day she was married there.

The Chapel Restoration is a Greek Revival landmark on the banks of the Hudson River in Cold Spring. A prized venue for weddings and other special events, it hosts the Sunday Music Series and Sunset Reading Series and offers various programs for children. Cared for and administered by an all-volunteer board, the chapel was built in 1833 and has no religious affiliation.