Garrison Concierge DeNitto arranges it all

If the term concierge brings to mind the wrangling of theater tickets, or the obtaining of the best suite in a hotel, the realm of “Garrison Concierge,” aka Madeleine DeNitto, is more mundane, but nonetheless just as valuable to those needing assistance.

The services most often requested involve an inability to attend to things: from animal-sitting to prescription filling; testing pool chemical levels to delivering documents. 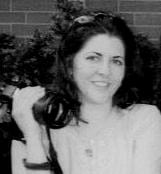 “Each time the phone rings, I never know what will be on the end of it — I never have the same day twice,” says DeNitto. “Nine of 10 people want someone else to do a certain task so they can do something more important or simply more fun. They can count on me to do things that take up their time.”

DeNitto began Garrison Concierge two years ago, as a sideline to her main business, as a professional organizer, something she has been doing for 15 years. She originally launched a business in Atlanta, where she was largely raised, then in New York City and Charleston, S.C., and, finally in this area, to which she moved in 2010 (she still retains clients in the city.)

A member of the National Association of Professional Organizers, she has been on its board for the past two years. Attesting to the underlying seriousness of her organizer job, she is also a member of the Institute for Challenging Chronic Disorganization, which provides ongoing educational guidance on a number of psychological disorders that can produce behaviors such as hoarding, which most organizers will encounter.

DeNitto stresses the importance of knowledge of different disorders and “ways of learning” for those affected by them:

Are they visual or auditory learners? It’s important to be able to ‘read’ your clients, to figure out what their needs are and how best to choose a system that will work for them. People think of organizers as pushing bins or baskets, but it’s psychological — we need to be understanding and compassionate. For example, some creative people don’t always want to be neat and tidy — there’s no one rule for all clients … I take care with observing and listening; some clients are more willing than others. It’s important not to judge them or do things like crazy cleanouts. If an adult child calls me with an issue with an elderly parent I always have to keep in mind that I am working for that senior, not the child of the senior, as certain things can make it worse for the person having the hoarding tendencies — they can go into despair. The best compliment a client can give you is ‘I like how you helped me do this and now it works for me; you were patient and it wasn’t just a quick fix.’ They’ve gained something valuable out of the process and are no longer frantic — their wheels are going and they’re not running into potholes.

But the “concierge” sideline requires far less psychological analysis. It’s pretty simple, in fact: there is a need and the concierge fills it. Some of it stems from people who are not around all the time and need house- or pet-sitting done. Others may have physical difficulties or may be unexpectedly thrown into a care-giving mode for someone else which suddenly limits their free time and ability to take care of their own needs, from simple grocery shopping to more complicated chores like assembling paperwork for medical insurance or tax purposes.

DeNitto is also able to help clients with relatively uncomplicated computer and home office tasks, such as organizing computer files, and the dreaded “paper management.” It can simply be wading through several impenetrable layers on a desk to years’ worth of things thrown in boxes. Sometimes her services are needed just once, while other jobs are recurrent. Pricing for concierge services is dependent on what the job entails and how much time it takes to do it, while fees for the organizational services are standard hourly rates, with discounts for those living in Philipstown.

DeNitto is usually up to any assignment, and on the rare occasions that she isn’t, she is able to find trustworthy people who are. Be it picking up dry cleaning to heading into the city to deliver documents or pick up mail, just about anything is possible. DeNitto also specializes in ‘staging’ for-sale properties, which can mean de-cluttering a house or, conversely adding some furnishings to an empty one to bring it to life.

DeNitto came to her profession in a happenstance way. Back in Atlanta, her son was a member of a choir, and she was constantly helping out, organizing the music in the music library, hearing the comment, “You should get paid for what you do” frequently. A trained opera singer, she was performing with an opera company and was always helping them with organization. Finally they hired her to re-organize “everything” — something which took her more than a year.

“They became my first client. From that point on it was all word of mouth; my next job was a corporate relocation,” she said. “By the time I moved back to New York City in 2004 I was a professional organizer and I immediately got a lot of clients and jobs, often teaming with others on big assignments. For 15 years I’ve had a lot of fun.”

DeNitto and her husband discovered Philipstown on a weekend visit to Cold Spring, and she loves it here.

“Garrison is like utopia,” she says. “The people are extremely warm and welcoming … and the mountains, the trees, the dirt roads. It’s populated with people with a deep understanding of the environment.”

Since moving here she’s become involved with the St. Philip’s choir and the Philipstown Garden Club and never plans on leaving — in fact she and her husband were scheduled to close on a home just days after this interview. Surely all the required papers from their end were well in order.

For more information, call 917-536-2033 or email [email protected]. The dedicated websites for each are: garrisonconcierge.com and stressedpressedmessed.com, and each has a Facebook page as well.