Shea started the look ahead by stating that he wants to explore consolidation of the Town of Philipstown and Village of Cold Spring building departments and justice courts, with the possibility of involving Nelsonville as well. He also named resolving questions about a senior citizen center and improvements to the 1867-old Town Hall and mid-1950s Dahlia House next door as key items on his to-do list.

Shea announced that he would meet with Cold Spring Mayor Ralph Falloon on Jan. 16 about consolidation of building departments and justice courts and intended to give Falloon “a list of things he can present to his [Village] Board” as consolidation targets. After that, he continued, he wants Town and Village Boards to convene to collectively discuss how they can “take steps to potentially consolidate.”

Given external pressures, he warned that consolidation soon may not be a choice. “I feel if we aren’t pro-active about this we’re going to suffer, ultimately, with services,” Shea said. “Also, New York State is really encouraging, if not mandating, that you start to consolidate. You could be looking at problems with your state aid, things like that, if you don’t – or just [have] the state telling you you’re going to do it,” without local input. “So if we get ahead of it, it will be our own initiative, instead of something that may be done in a more blunt way.”

Besides talking to Falloon, he said he wanted to contact Nelsonville officials in regard to consolidation of some offices. Across Philipstown, “we do need to just look at it,” he emphasized.

Van Tassel proposed reviewing the potential for merging personnel in the two ambulance corps. During the fall budget-setting, “we had a sincere discussion with the ambulance corps about combining their forces; not consolidating the departments but just manpower, utilizing them town-wide” instead of only in distinct geographic jurisdictions, he said. He recommended that he and Shea meet with ambulance corps leaders “to say, ‘Where are we going?’ It’s getting to the point where it is very expensive now.”

The Garrison Ambulance Corps allocation climbed by 45 percent in the town government’s 2014 budget, due to the reliance on paid staff. “Now we are financing a team 24/7 in Garrison, which should give you an ambulance immediately,” Van Tassel said. “The volunteer staff won’t support that [level of response]. If they could pool their manpower, I think it could work, go a long ways.”

Separately, Councilor Nancy Montgomery mentioned her efforts to bring Putnam County emergency services training to Philipstown in the near future, so local volunteers need not make the approximately 40-mile round trip to Carmel for the nearly 200 hours of coursework demanded of them.

Shea also said he intends to continue pushing for a real senior citizen center in Philipstown. “We’re going to sit down with all the players – the county, Village of Cold Spring, our Town Board, Mr. and Mrs. Ailes, who have made a generous offer – and say: ‘How is this all going to work? How does Butterfield play into this?’ I’d like to get a course and say that ‘this is the direction we’re headed in.’”

He also said he is open to dialogue with Paul Guillaro, developer of the former Butterfield Hospital property, which has long been considered a viable site for a senior center. Roger and Beth Ailes have offered $500,000 toward a facility. Shea said he hopes to hear everyone’s views “and get everybody on record as to what they support and what they don’t support, because there seems to be a lot of confusion out there. I’d like to clear some of that up, and I think the seniors deserve that, too.” 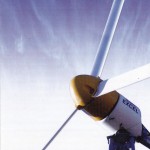 Another Shea priority is devising a town policy on residential wind-turbine power and other forms of alternative energy. Last fall, the board voted to adopt a moratorium on new wind-turbines – a sort of modernistic backyard windmill and Shea on Thursday cited the need to “get clarity” and figure out “what sort of things we are going to encourage and how we’re going to regulate these things.”

The supervisor likewise zeroed in on renovating Town Hall, which lacks access by handicapped individuals to the second-floor public meeting room and contains a mass of subdivided offices and a dearth of storage space on the ground floor. Similarly, he wants to rehabilitate Dahlia House.