Last February, an on-the-day major snowstorm led Cold Spring Film Society (CSFS) members to anticipate a meager turnout for their screening of the French New Wave classic Breathless. Instead, they drew a full house, packed with people who were able to walk to the Main Street location. 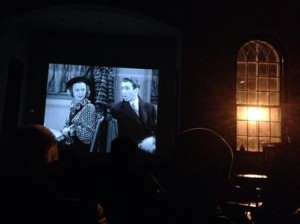 This success motivated the society to double their output this winter, using donations from the highly successful summer outdoor film series to fund two evenings this year. They also hosted a recent holiday family-friendly “cozy classic” screening of The Shop Around The Corner.

Seeking to spotlight smaller films, perhaps not seen by many and not suitable for the summer screenings, this year they have chosen two highly-admired films, each considered a classic and an example of “auteur” (author — a distinct personal style) filmmaking. On Jan. 25 master Japanese filmmaker Yasujiro Ozu’s Tokyo Story will be shown, followed by the Feb. 22 screening of American Terrence Malick’s first film, 1973’s Badlands. Both films will be shown at 8 p.m. at The Living Room, 103 Main St., and are free with donations accepted. Free popcorn and cider are an added inducement.

Jennifer Zwarich, one of the co-founders of the CSFS, says that the different backgrounds of the society’s members lend themselves well to the wide variety seen in the summer screenings. Films are chosen more or less on a meet, suggest, discuss, take an informal vote basis. For the winter films, Zwarich, who is an adjunct professor of film at Columbia University and NYU, says a rule of thumb can be as simple as “if you’re walking down the street and see a poster for something you’ve always wanted to see — that’s the kind of thing we’re thinking of. They tend to be outstanding examples in their category. With these films, both announced their filmmaker’s arrival on the international scene.” 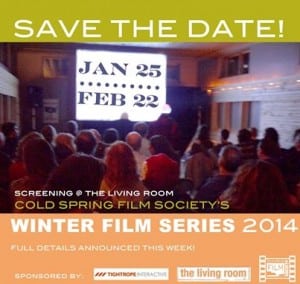 The Criterion Collection, which has just released a new digital restoration of 1953’s Tokyo Story, describes it as “a profoundly stirring evocation of elemental humanity and universal heartbreak …  the crowning achievement of the unparalleled Yasujiro Ozu. The film, which follows an aging couple’s journey to visit their grown children in bustling postwar-Tokyo, surveys the rich and complex world of family life with the director’s customary delicacy and incisive perspective on social mores. Featuring lovely performances from Ozu regulars Chishu Ryu and Setsuko Hara, Tokyo Story plumbs and deepens the director’s recurring theme of generational conflict, creating what is without question one of cinema’s mightiest masterpieces.” Roger Ebert wrote of it: “(It) lacks sentimental triggers and contrived emotion; it looks away from moments a lesser movie would have exploited. It doesn’t want to force our emotions, but to share its understanding.”

Zwarich, who sometimes includes Tokyo Story in her Introduction to Cinema classes, says her students usually respond to it favorably. “Ozu’s style is very relatable, even though it’s not an English language film,” she says, adding, “It’s just one of those films where — if you like movies, even if you don’t always like foreign films — you’ll like this one.”

Badlands, on the other hand, caused a different type of stir upon its release. It premiered at the New York Film Festival, the work of a then-unknown young (just 29) director and was well-received there, coming out at the same time as Martin Scorsese’s Mean Streets. The film stars the also youthful Martin Sheen and Sissy Spacek, as Kit and Holly, two emotionally-flattened lovers who participate in an amoral, senseless crime spree across a swathe of the rural, empty mid-west and west. The New York Times, which described the film as “ferociously American,” noted that “Badlands was inspired by the short, bloody saga of Charles Starkweather who, at age 19, in January 1958, with the apparent cooperation of his 14-year-old girlfriend, Caril Fugate, went off on a murder spree that resulted in 10 victims.” Zwarich says, “With its Bonnie and Clyde storyline it moves from funny to horrifying. There’s a disturbing, interesting take on the violence.”

Cold Spring’s Alec Lane, a Haldane senior, attended last winter’s screening of Breathless and plans on heading to The Living Room for this year’s films. He is happy to have the opportunity, noting: “It’s rare that one can see a screening of a film at all in such a small town, let alone one of such cinematic and cultural importance. Lots of people would have to visit the city for something like that, but instead it’s just right on Main Street.”

For more information on the CSFS and its screenings visit coldspringfilm.org or their Facebook page. CSFS, a nonprofit, community-supported organization, welcomes new members. Donations help with licensing costs of the films they show, as well as with promotion and purchase of improved equipment to enhance the quality of screenings. See the website for more details.