In the second of a series of conversations with local leaders about the most critical environmental issues facing our area, Kathleen Frith, President of Glynwood, discussed how food grown sustainably and locally can improve the health of our bodies and our land. 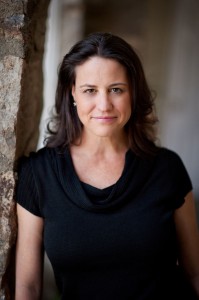 Glynwood is a 250-acre non-profit and working farm in Philipstown that has a range of programs and services for the community. The farm is a local source of produce, meat and eggs with a CSA and Farm Store, as well as a training center, resource and advocate for small and midsize farms. Frith has an extensive background in working on health issues as they relate to the environment.

There are many environmental problems related to food production and farming in the United States that affect the health and well-being of people and animals, as well as contributing to climate change. Some of the threats and environmental degradation from conventional methods of agriculture include the impact of pesticides on pollinators and human health, animal waste contaminating water sources, and carbon dioxide released from machines during transportation over long distances and in planting and harvest. Add in antibiotics, growth hormones, food-borne illness, genetically modified organisms, and the list of issues about food grows.

In the Hudson Valley, typical farms are small-midsize independent farms according to Frith, not the large-scale factory farms that are more common in the Midwest. One of the greatest challenges that Glynwood sees for farming is the loss of farmland to development. The American Farmland Trust reports in a study that:

The farmland that forms the foundation of New York’s growing farm and food economy continues to be paved over by suburban sprawl at the alarming rate of one farm every three and a half days. New York State has lost nearly half a million acres of irreplaceable farmland to shopping malls and housing developments since the 1980s.

Dianne Olsen of the Cornell Cooperative Extension in Putnam County reported that the greatest growth in Putnam County has been in horse farms, not food production. Land that is developed for commercial or residential purposes reduces not only farmland, but forests as well.

Frith remains optimistic, though. “People are asking good questions and there is a growing awareness,” she said. “There are simple ways to tap into the solution by sourcing local food and sustainably raised food. CSAs (community-supported agriculture) are an important way to support local growers, too.” 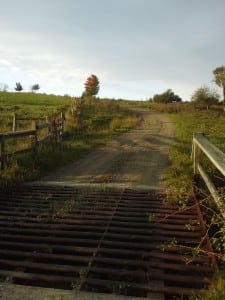 She specifically focused on the Cold Spring Farmers’ Market as an example of a community-centered approach to locally grown food that also raises social capital, meaning that we get to have a personal connection to our food, the people who grow it in our community and it’s an opportunity to interact with our neighbors in a common space. Frith said, “We can spend our dollars helping to foster the local economy. It’s important to focus on business models and keeping farms in production.” The American Farm Trust reports that New York farms are the cornerstone of the state’s food economy and contribute over $5 billion in economic activity.

Whether or not our local land can support the population’s nutritional needs isn’t the question, according to Frith. “It isn’t a question of supply and demand. It happens over time and there is an increase in production happening now.” She sees continued growth to meet the demand for locally sourced food.

Frith also mentioned micro-CSAs as another alternative to the conventional food system. Neighbors are getting together and growing food for a group of families who subsidize the cost for each other. A 2009 report from the National Gardening Association estimated that from 2008 to 2009, there was a 19 percent increase in the number of American households with a food garden, which included herbs, vegetables and berries. An estimated 31 percent of all American households had food gardens in 2008. Whether it’s motivated economically or by health, the increase in the number of gardens demonstrates a growing enthusiasm for the most locally sourced vegetables, grown in one’s own yard.

As Frith said, “Eat real food and make responsible choices.” It’s better for our health and for the planet.