Closure of the Cold Spring post office building has cast a shadow to the south, where rehabilitation of the Garrison post office to accommodate functions previously handled in Cold Spring has left residents complaining of traffic hazards and similar problems. 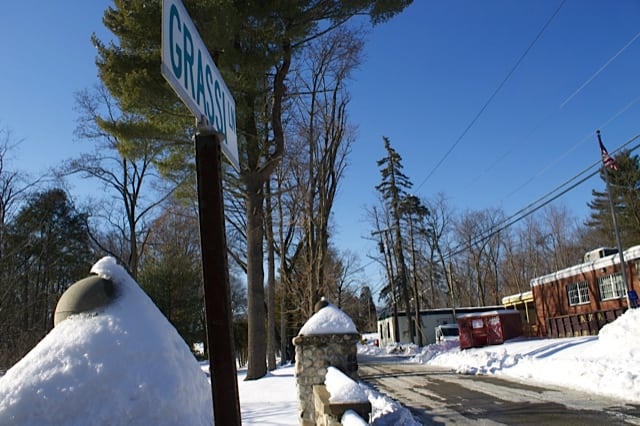 In a letter to the board, she also stated that postal customers are parking and turning around on Grassi Lane. “It’s not fair. I can’t afford it” – paying for road wear-and-tear caused by the public traffic on Grassi Lane, she said in her appearance before the board. 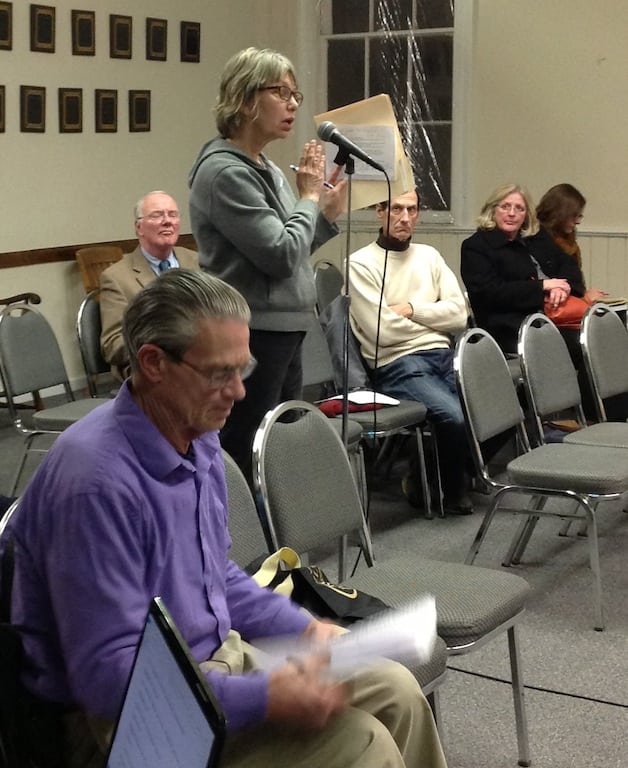 Diane Travis tells the Town Board of problems stemming from changes to the Garrison post office. (Photo by L.S. Armstrong)

She accused the Town Board of delaying the Butterfield redevelopment and thwarting plans to put the Cold Spring post office (zip code 10516) there. “Your inability to make a decision on this post office thing is now foisted on us,” she said. You haven’t figured out what to do with Butterfield and because you can’t figure that out, it’s being foisted on us.”

Philipstown Supervisor Richard Shea quickly responded that the Butterfield redevelopment is pending before Village of Cold Spring, not the Town of Philipstown, and that the town two or three years ago had declared its intent to take space at a Butterfield inter-governmental center.

However, he and the rest of the Town Board sympathized with the Grassi Lane residents. “I’d be outraged, too,” about what’s happened at the Garrison post office, Shea told Travis. “You live in a residential neighborhood. If we have to take legal action on behalf of the residents, we will do that.”

The town’s legal recourses may be limited. One early attempt to oversee USPS moves at Garrison failed: On Dec. 2, as the renovations got underway, Kevin Donohue, the Philipstown building inspector-code enforcement officer issued a stop-work order, only to rescind it Jan. 7 because the U.S. Constitution and federal law exempt the USPS from state and municipal regulations.

According to letters to Donohue in December from Paul Yu, a USPS architect and engineer, the Garrison post office upgrades involve repair and alteration of the building, including demolition of a storage room, new ceilings and lighting, and a new exterior rear door; a non-permanent wooden mail platform, and use of a temporary trailer.

In one letter, Yu explained the constitutional strictures and related federal laws and court rulings that relieve the post office from having to follow state and local zoning regulations or obtain building permits.

The USPS provided various plans and documents to Donohue, but, as the latter told Philipstown.info Feb. 7, “I’m out. It’s the federal government” undertaking the work, enjoying exemptions “from everything, even the New York State building code.” By law the USPS can choose “to say nothing to us, and that’s what’s really sad. It’s the federal government failing to respond to the public,” he said.

Shea said on Feb. 7 that he had taken steps to pursue the issue with U.S. Rep. Sean Patrick Maloney, who lives in the 10516 Cold Spring mail zone.

At the Town Board meeting, Putnam County Legislator Barbara Scuccimarra echoed Travis’ assertion that use of the Butterfield site for postal purposes might have spared Garrison. 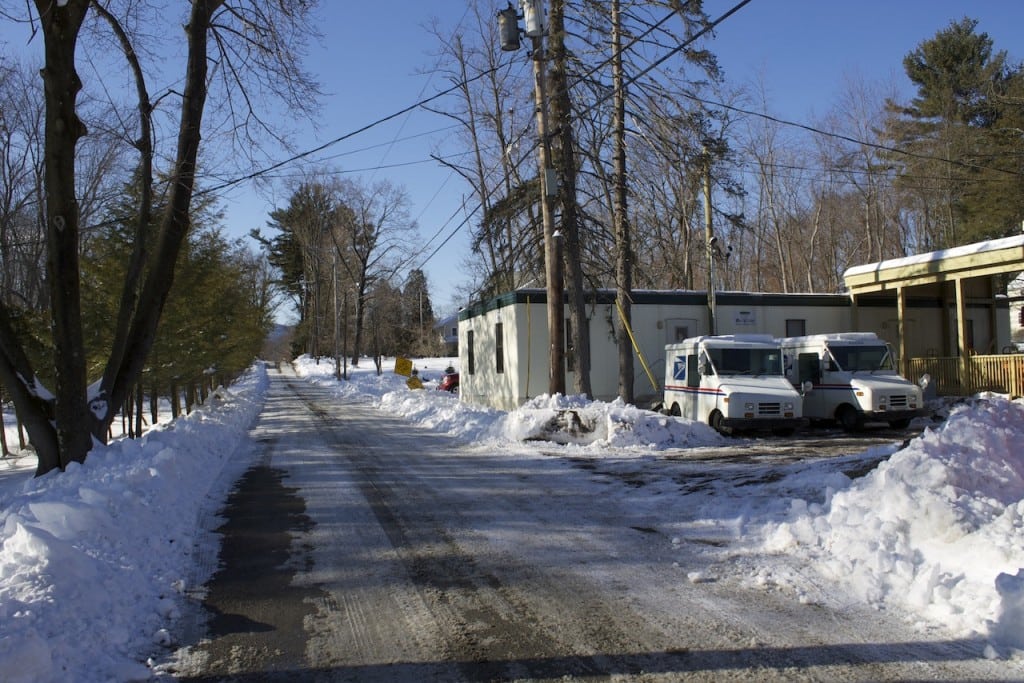 She said that the USPS temporary trailer and large trucks could have used the Butterfield Hospital property, even without it being developed, instead of being crammed into the USPS site in Garrison. “The Garrison location is awful. We have to do something because it’s a mess. They should’ve put it at Butterfield and this wouldn’t have happened,” Scuccimarra said.

She offered the distraught residents a glimmer of hope, saying that she had spoken with the Putnam County Sheriff’s Department about ticketing cars improperly parked on or near Grassi Lane as well as contacting Maloney’s office.

In September 2012, Butterfield owner Paul Guillaro agreed to allow the post office to put temporary trailers on the old hospital lot when the Cold Spring post office closed but in return he wanted decisive village action on his redevelopment project.

The Cold Spring Planning Board is currently reviewing aspects of Guillaro’s plans. For Guillaro to proceed, the property also must be rezoned, a matter for the Village Board of Trustees to address.