Garrison author’s new thriller may be his sixth bestseller

A number of spies, from the CIA and otherwise, owe Alex Berenson their lives.

He didn’t save them. He created them. Earlier this week the Garrison resident released his eighth novel starring CIA agent John Wells and a cast of far less savory operatives, all born of Berenson’s shadowy imagination, meticulous research and his experiences as a reporter in Iraq. The Counterfeit Agent, published by Putnam on Tuesday (Feb. 11), tails Wells as he tries to stop a mysterious group that hopes to fool the U.S. into invading Iran to end its nuclear ambitions. The first hint of trouble is a tip from deep inside the republic that Iran plans to assassinate a CIA station chief.

To say much else would be a spoiler.

Berenson, 41, a New Jersey native who studied history and economics at Yale, moved from the East Village to Garrison in 2012 with his wife, Dr. Jacqueline Berenson, a forensic psychiatrist. Their daughter, Lucy, is 17 months old. The Counterfeit Agent is dedicated to her. 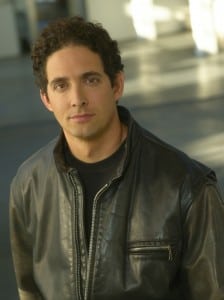 Berenson introduced John Wells in April 2006 in The Faithful Spy, which he wrote after spending the fall of 2003 and summer of 2004 reporting from Iraq for The New York Times. His secret agent, the only American to ever infiltrate al-Qaida, spends years undercover in the mountains of Afghanistan, during which he converts to Islam and gains the confidence of a top al-Qaida leader. When Wells returns to the U.S., his bosses at Langley are unsure of his loyalties.

Wells sounds a lot like Nicholas Brody, the soldier-turned-terrorist in Homeland, but Berenson’s character predates the Showtime series by five years. Wells seems a clear inspiration for aspects of the Brody character (the key difference being Wells is loyal while Brody is not), and a co-creator of the show is an admitted fan of the books, so much so that the CIA handler in Homeland is named Saul Berenson in a nod to Alex. The author Berenson says his disappointment with the show is not creative but that his books are less likely to be turned into a TV series or films because of its success.

Regardless, Berenson has a large and loyal audience. The Faithful Spy won an Edgar Award from Mystery Writers of America for best first novel, and the softcover edition topped The New York Times paperback fiction list. In April 2008 he published a sequel, The Ghost War, and each February since has added another, starting with The Silent Man in 2009. The Midnight House (2010) took the ninth spot on the Times hardcover fiction list, The Secret Soldier (2011) landed at six, The Shadow Patrol (2012) at eight and The Night Ranger (2013) at 10. (Given the early reviews, The Counterfeit Agent is a safe bet to debut in the top five or 10 on the Feb. 23 list.) The novels, which are tightly written and clever, have each won critical praise as well as a consistent four of five stars after thousands of ratings on Goodreads.com and Amazon.

Berenson says it takes several months to outline each book, and several more to write it, at a pace of about 1,000 words per day. He often plots the twists and turns while walking the family dogs or running on Garrison’s snaked roads. The expansive view from his home of West Point is a daily reminder, he says, “that these institutions [in his stories] are real.” 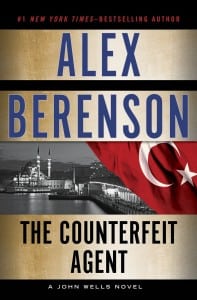 While The New York Times Book Review has praised the writer for “his deep understanding of geopolitics and the shoddy compromises it demands,” he says reviewers tend to “overestimate how many contacts I have” in the spook brotherhood. He makes up for that with a reporter’s eye, visiting distant locales to gather convincing details (in The Counterfeit Agent alone, Wells travels to Guatemala, Thailand, Hong Kong and Istanbul). “What I’ve never been able to do is a true Graham Greene, where you live in a place for two or three years and get its rhythm,” he says. He doubts John Wells will be moving to Philipstown.

Berenson says his protagonist has matured over the years and is now more acutely aware of his inability to change the world even as he repeatedly saves it. In addition, while “Wells has always been a dark character, he’s sadder now,” Berenson says. “He fears he will never really be in love.” The leading men in modern thrillers, including Wells, are typically “cut from the same cloth as the modern Western hero. But I want him to feel the weight of what he’s done. Characters like Jack Ryan or Mitch Rapp never seem to make mistakes, such as killing someone they shouldn’t. They never seem to have to confront a situation where to get out of a mess bad things have to happen.”

After eight years of hazardous assignments, how much longer can John Wells survive? “People are worn out by the ‘Islamic’ thriller,” Berenson admits, “and his skills are all related to Islam. I spend a lot of time at the beginning of each novel shoehorning him into a new adventure. But while it might be easier to start afresh commercially, artistically it would be difficult. I’m not ready to leave him behind just yet.”