The Haldane-GUFS Learning Differences Committee (LDC) will bring noted writer and cognitive psychologist, Dr. Scott Barry Kaufman, to Haldane March 5. Kaufman is the second speaker to come to Haldane at the invitation of LDC and follows last year’s guest, Dr. Paul Yellin, who gave a talk on how ADHD and executive functioning impact learning. LDC is committed to bringing opportunities for parents, teachers, and students to contemplate current research and best practices in fields related to education. 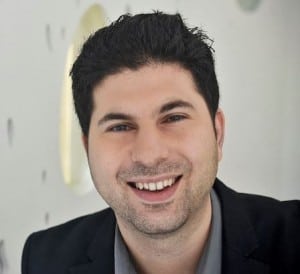 Kaufman will present “Redefining Intelligence, Creativity, and Student Potential in Education.” His most recent book, Ungifted: Intelligence Redefined, proposes a new theory of human intelligence and takes an in-depth look at how schools and society measure IQ and human potential. The book challenges conventional predictors of success in life and also argues there are many paths to greatness that may not be apparent through standardized tests alone.

Kaufman’s talk will encourage educators and parents to look beyond entrenched measures of IQ and performance toward a more inclusive view that looks at student potential from multiple perspectives rather than simply ranking highest to lowest achievers.

LDC found Kaufman’s personal story particularly compelling. As a child he spent years in special education due to an auditory processing disorder resulting from multiple ear infections. His inability to test well and misconceptions about his true abilities within the school setting led him to pursue his current career researching creativity, imagination, intelligence, and personality. Kaufman eventually received his doctorate at Yale in cognitive psychology and credits much of his success to one teacher who saw his potential and changed the course of his life.