Parents, an addict and an educator speak out

This is the second article in a series on the use of heroin and other drugs in Philipstown. Last week’s article provoked a strong reaction in the community regarding the need to address the drug problem openly.

Two events in the past week indicated that the use of heroin and other drugs is a serious issue in this community, one that is gaining a higher public profile. Drug World in Cold Spring joined New York State’s Expanded Syringe Access Program (ESAP) through which pharmacies can sell up to 10 syringes at a time to anyone 18 years or older. The program reduces the risk of disease among those who inject drugs. And, Putnam County District Attorney Adam Levy held a Drug Education Forum at Haldane High School Wednesday (Feb. 19).

Teri Barr, long-time owner of Hudson Valley Outfitters in Cold Spring, moved to California last fall. She knows about heroin. A recovering alcoholic who has been sober for years, Barr also used heroin in the past. Her son Max, now 18, became addicted to heroin and is now in rehab, also in California. Teri said she first realized something was wrong when Max was about 14 — when money began to disappear from her home. 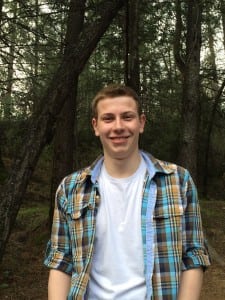 In an email to The Paper sent from the rehabilitation center, Max said taking heroin was experimental at first — and “a way to make new friends.” But he said, “It didn’t end up like that.” He said that withdrawals have been terrible but “…trying to deal with the life I destroyed through drug use is the most challenging part of getting sober.”

He knows what he would tell others who are contemplating drug use. “It’s not fun. It may look it … but all drugs lead to is misery and failure.” He will soon finish his rehabilitation program and plans to attend community college in the fall. The center’s after-care program will require him to call in twice a week.

Asked if she feels responsible for her son’s addiction Teri responded, “Of course — it’s hard not to.” Attempts to get their son help cost her and her ex-husband “hundreds of thousands of dollars.” Their efforts included sending Max to a wilderness-based leadership camp in the Adirondacks and later a therapeutic boarding school in Massachusetts. Both proved ineffective. According to Max they lacked “seriousness and reality.” His rehabilitation experience in California has been much better.  “His outlook is good now,” Teri said.

Teri also has advice for her peers. “Parents have to persevere. It’s important to talk about (drug use) — not just shove it under the rug … the stigma about addiction has to change.” She said that one book helped her immensely and she strongly recommends it to other parents; Don’t Let Your Kids Kill You: A Guide for Parents of Drug and Alcohol Addicted Children by Charles Rubin.

Barb Rifenburg-D’Alessio is a parent whose son and daughter, now in their 20s, attended Haldane. While she faced many challenges as a parent she said that heroin use was not one of them. “I know kids who have struggled with heroin … but I’ve been very lucky,” she said. “I think people lose sight of the fact that you have to be a parent. My approach was always a very tough love – but there was also mutual respect.”

Rifenburg-D’Alessio believes in the “it takes a village to raise a child” philosophy. Her “tough love” extended to kids who came to hang out in her house. “Kids have to make choices. They need to understand that there’s a cause and an effect … they have to be accountable. You’re still a child if you are 18 and in my home.”

She points to the lack of a supervised “hangout” for young people as a problem in Cold Spring. “Growing up in Tivoli, we had a coffee house, located in a church building. Students ran it but there was adult supervision.” She believes that such a facility empowers kids. “It would be really good to have something like that (in Philipstown).” Monitoring is vital, she said, because coffee houses and teen centers can also attract undesirables.

Heroin is a society-wide problem and high school students are not immune. Asked what level of concern prompts action at Haldane, Principal Brian Alm said, “We try to get involved at any level of concern, from confidential counseling up through disciplinary action.” Involvement can extend beyond traditional school boundaries. Alm said it would be easy to “turn a blind eye” to incidents outside the school but that “…we tend to reach beyond normal … school control, without stepping on the responsibilities of parents.”

He said when substance abuse by students off campus is reported that “we try to link families up with area resources,” including sometimes hosting initial meetings between support agencies and the family.

If a student is caught using drugs on campus Alm said a 30- to 60-day suspension is imposed. A qualified counselor must provide a substance abuse evaluation before the student can return to school.

Surveys of students in grades eight through 12 regarding drug, alcohol and tobacco use are conducted biennially in local school districts by the Carmel-based Putnam County Communities that Care Coalition (PCCCC). Results from 2008 through 2012 confirm the use of heroin at Haldane and other schools.

Until this month Haldane did not release the survey data but Alm said the information was not ignored. “I have made it a matter of personal policy to share the results of each survey, in detail, with my class parents group each year that they come out,” he said.  “We have discussed the results at length and in depth.

“Heroin is genuinely a concern” at Haldane, Alm said. He said there is a perception among many students that it is a “big leap” from prescription drug use to heroin and that teenagers and adults alike envision needles and mainlining when it comes to heroin. “The fact is that users who try it for the first time snort the drug in powder form; truly a small jump from doing the same with a crushed prescription pill.”

While there is disagreement as to whether or not marijuana is a “gateway drug” that can lead to using heroin, Alm clearly sees it as a problem. He finds it troubling that students, “… believe that their parents would be more upset to find them in possession of cigarettes than marijuana,” a statement that is confirmed by PCCCC survey data.

Alm believes that one of the school’s most successful prevention efforts has been through students helping their fellow students. “In recent years, we have had a peer leadership program in place, and (we are) working to expand the program in the middle school,” he said. Haldane also partners with Arms Acres, a rehab facility in Carmel, hosting recovering teen addicts who speak with Haldane students. “(Based on) my informal assessment, this has had the greatest impact.”

Ironically, Alm believes that the pleasant, small-town life enjoyed by Philipstown residents may contribute to the local drug problem. “The pattern identified by students in your first article — where ‘latch-key’ kids are most affected — is certainly true from my observations,” he said. “I think parents sometimes over-rely on our safe, sleepy town to manage idle time and students’ extra-curricular activities.”

Parents not wanting to hear bad news from other parents may also be a factor. Alm said that he often gets reports of parents becoming defensive when their peers exercise the “it takes a village” approach, holding young people (other than their own children) accountable for their choices. “As a community we have to move beyond this — taking the necessary risks with our adult friendships in order to help our young people. If you see something, say something,“ he said, adding that if necessary, the school can help in such situations by serving as a buffer between families.

“Overall,” Alm said, “what is most effective is an open partnership with parents — and early intervention.”

The next article in this series will deal with law enforcement and the courts as well as awareness and rehabilitation programs.