On the eve of the signing of the Declaration of Independence, John Adams’ words to his wife Abigail suggest that he knew the cost of freedom would be a continuing struggle for our emerging nation: “I am well aware of the Toil and Blood and Treasure, that it will cost Us to maintain this Declaration, and support and defend these States. Yet through all the Gloom I can see the Rays of ravishing Light and Glory.” 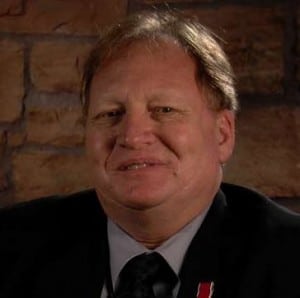 To deepen understanding of this seminal event in United States history, the Philipstown Democrats are sponsoring a gathering at 5:30 p.m. on Sunday, March 9, at Antipodean Books, Maps & Prints, 29 Garrison’s Landing, Garrison. This event will follow the matinee concert performance of 1776 at the Philipstown Depot Theatre. West Point Historian Sherman Fleek will offer brief remarks, and then lead a conversation about the Declaration of Independence. Light refreshments will be served. The event is free and open to the public.

Fleek is an American military historian, currently serving as historian for the U.S. Military Academy at West Point. He was born at Hill Air Force Base and raised in Layton, Utah. Fleek received a bachelor’s degree in English from Brigham Young University in 1982 and a master’s degree in history from the University of Colorado at Colorado Springs while serving in the Army at Fort Carson.

Fleek rose to the rank of lieutenant colonel in the United States Army before he retired in 2002 as the chief historian for the National Guard Bureau in Washington, D.C. He served as command historian for the United States Army, covering the reconstruction effort in Iraq and later Walter Reed National Military Medical Center. In May 2009 he assumed his current position at West Point.

Parking on Garrison’s Landing is limited. It is recommended that attendees park in the Metro-North parking lot, where parking is free on weekends.