Also backs unified state-federal primary but not in June

With no opposition from either its own members or the audience, the Putnam County Legislature Tuesday night (March 4) unanimously passed a resolution opposing unauthorized use of the official county seal, such as its inclusion on New York State Police notices reminding handgun owners to re-certify their weapons. The legislature’s Rules Committee had previously endorsed the ban.

On a second 9-0 vote, the legislators approved a resolution backing the concept of a unified state-federal primary election — but not one held in late June when a federal primary occurs.

Both actions came during the legislature’s formal monthly meeting, held in the old courthouse in Carmel.

The issue of putting the county seal on state police letters regarding provisions of the NY SAFE Act — the 2013 gun control law adopted after massacres of school children and faculty in Newtown, Conn., and of firefighters responding to a blaze in upstate New York — arose when Putnam County Clerk Dennis Sant protested the state police plans to use the seal that way. The legislature’s Rules Committee took up his cause in late February, linking it to the SAFE Act, whose repeal the legislature sought last year.

The legislature’s resolution does not refer to the SAFE Act by name but mentions unspecified “situations where private and other governmental entities indicated a desire to utilize the name and/or official seal … for purposes not involving an official function of the county, in order to misleadingly suggest the county’s involvement in or support of such matters.” It “denies any entity, including another governmental entity, permission to use the name and or official seal …  or the letterhead of any county department or agency, for any purpose not involving an official function of the County of Putnam, without the written consent” of both the legislature and the county clerk. 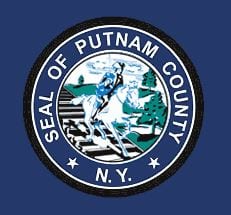 District 1 Legislator Barbara Scuccimarra, who represents Philipstown and part of Putnam Valley, voted with her eight colleagues to pass the resolution.

Under SAFE Act provisions affecting pistol owners, “all licensees shall be recertified to the Division of State Police every five years” and must undertake recertification by Jan. 31, 2018. “Failure to recertify shall act as a revocation of such a license,” according to the law, which directs that “not less than one year prior to such date, the state police shall send a notice to all license-holders who have not recertified by such time.”

In its resolution on a unified primary, the legislature explained that the federal primary, as currently slated, falls on the fourth Tuesday of June while the state primary comes “on the first Tuesday after the second Monday in September.”

“Having these two primary elections is extremely costly to the taxpayers,” the legislature declared. Thus, it announced it “supports a unified federal and state primary” that complies with federal law and asked the state senate and Assembly “to reach agreement” on a suitable date “as soon as possible to create certainty for the [county] boards of election and the electorate throughout the state.”  However, the county legislators objected that the end-of-June “federal primary is too early in the year, leaving insufficient time for the selection of candidates and the petition process.” The resolution did not suggest an alternate time. 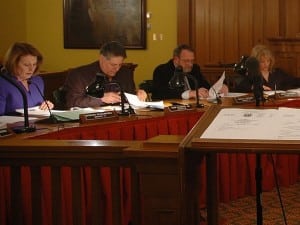 District 8 Legislator Dini LoBue, who chairs the Rules Committee, which favored the resolution and sent it on to the full legislature, said it demonstrates legislative support for “having one day just to make things easier” for voting.

“I think the biggest issue is the cost” of two primaries, District 3 Legislator Louis Tartaro commented. “These are very costly.”

Two months ago, by a vote of 126 to 11, the state Assembly, lower chamber of the New York State Legislature, passed a bill to abolish the September primary and hold the voting to June in conjunction with the federal primary. The State Senate did not immediately act on measure. Assemblywoman Sandy Galef, who represents part of Putnam County, including Philipstown, co-sponsored the Assembly bill.

The state’s existing primary practices violate the Military and Overseas Voter Empowerment [MOVE] Act, a 2009 federal law which demands that Americans stationed abroad get absentee ballots in enough time to vote and mail them back for an election. Under the MOVE Act, the state must dispatch absentee ballots 45 days before a November election — difficult when a primary election occurs in September and absentee ballots go out after primary results come in.

The federal government sued the state for MOVE Act non-compliance in 2010 and a federal court subsequently imposed the June federal primary date. Those on both sides of the question agree that consolidating primaries would save the state some $50 million per election cycle. Until 1974, the state held its primary in June, but then moved it to September.