Public budget voting set for May 20

At Board of Education meetings for the Haldane and Garrison school districts this week, the budget was the main subject of discussion. Each board had to discuss how to finance education within the limits of the tax levy and voter’s approval. Keeping costs down while meeting all of the demands from the New York State Education Department and all of the needs of students is the balance of tension they all face.

While each board has a slightly different approach, both have the same deadlines and will hold district budget votes May 20. Schools are mandated to have budgets passed and approved within certain state guidelines. 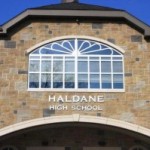 At Haldane on Tuesday (March 4), Business Manager Anne Dinio and Mike Twardy, Director of Facilities and Transportation, gave presentations on the budget. Twardy’s presentation focused on changes he and his crew have made in operations and maintenance that have allowed them to “work smarter.”

Through equipment investments, training in new techniques for floor maintenance, and retrofitting old radiators, among other things, he is able to maintain his budget without any increases for the 2014-2015 school year. In transportation, even though one of the school buses will go out of commission this summer, Twardy will be able to finance a new bus with updated camera systems without an increase as well.

Dinio’s presentation brought less welcome news. The 2011 law that established tax levy limits for school districts to rein in property taxes for New Yorkers created a complex formula to determine a district’s limit. Although the cap for tax levies was established at 2 percent, the formula for a district can make it come in lower. Haldane’s tax levy limit for the next school year is 1.09 percent.

“The cost of living increase is close to 1.6 percent and we’re not even at that level,” said Interim Superintendent John Chambers. “This will lead to a bigger gap between our expenditures, which we’re really trying hard to control, and our revenues, over which we don’t have so much control.”

The initial budget that Haldane has prepared includes a conservative estimate of all costs and revenue, but for now the district faces a current revenue deficit of $461,794. There are several factors still in play that could impact the budget, including the state’s budget for school funding.

Dinio’s early estimates based on state funding have changed over the past few months as the legislature has shifted. The first proposed budget that the board has been considering has a gap of about $200,000 between the tax levy limit and the budget. “Budget proposal number two is under construction,” Dinio said. “Revenue projections are based on the governor’s executive proposal and could increase with the legislature and that’s why it’s important that all of the groups try to lobby for increases from the state.”

Chambers noted: “Our PTA is starting to ask parents and community members to do just that. Especially effective are phone calls, emails and letters from people around the state. It only takes a couple of minutes and the PTA has a sample letter with all the contact information for key decision makers so we’re appealing to everyone to try to do the right thing by schools and students across the state.”

Dinio highlighted several areas that affected increasing costs for the Haldane budget, including special education needs, teacher retirement costs, and the bubble class. Tuition revenue and state aid are the two unknowns for incoming funds. The board will review a second proposal for the budget with updated expenditures to review at the next board meeting, but until the state budget is approved, they will not have an accurate accounting of revenues.

At their meeting on Wednesday (March 5), Garrison’s board grappled with similar challenges during a presentation on the budget from Interim Superintendent Brian Monahan. Garrison’s tax levy limit is better from their perspective at 1.92 percent, but still short of the proposed 3 percent increase in expenditures that the district needs. 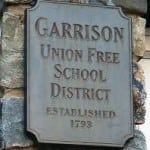 Tuition and net salaries were the biggest areas of increase for the next school year, more than $200,000. Overall, Garrison’s budget for 2014-2015 is 3.06 percent higher than 2013-2014. Since the tax levy limit is 1.92 percent that leaves a gap between revenue and expenditures of nearly $700,000. A discussion among the board ensued about drawing on the district’s reserves to accommodate for the gap.

Board President Raymond O’Rourke noted: “Historically, the district has been able to maintain reserves by refunding what they have needed to draw down.” Business manager Susan Huetter responded that the current budget could force the district to draw down reserves by about $90,000 next year, decreasing the reserve fund. “We would only have about three and a half years left of reserves if we drew down the reserves by this amount every year, worst case scenario,” O’Rourke said. Huetter didn’t expect that to happen.

The overriding factors, of course, will hopefully be known in April. Both the Garrison and Haldane Boards will be eagerly awaiting the legislature’s budget in early April, as will district taxpayers. Commenting about the leanness of the budget, Board Member Derek DuBois stated: “I usually look at a lot of corporate budgets and there is usually money to find. And there is very little wriggle room here. This is a very lean budget.”

A Garrison resident and Army veteran, John Gilson added to the budget discussion near the end of the meeting, asking the board if they were going to enact the Veteran’s Exemption for tax relief. Each district gets to decide if they will implement it.

“We have discussed it on a preliminary basis and need to know the implications,” O’Rourke said. “How big a population might be affected and what the implications are based on the budgets. We will not be doing anything for the current year.”

Cannon added: “It was passed in December but there’s still confusion about the bill and how it applies. The idea is that veterans will receive some level of exemption that will then be assumed by the non-veteran taxpayers in the district. There’s a cost shifting and we want to make sure we have all the information. At some point, we’ll probably do some public hearings. Personally, I’m in favor.”

One thought on “Local School Boards Grapple with 2014-2015 Budgets”