Judge rules names who didn’t ‘opt out’ are public

Putnam County officials intend to fight on after a state judge ruled that the county must divulge the names of handgun owners who declined to “opt out” of public disclosure under New York’s 2013 gun control law.

In a decision handed down March 5, State Supreme Court Justice Robert Neary, based in Westchester County, ruled in favor of The Journal News newspaper and its corporate parent, Gannett Satellite Information Network, Inc., against Putnam County, whose county clerk, Dennis Sant, refused to provide the newspaper with information on registered pistol owners. 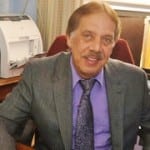 Under Neary’s ruling, the county is now supposed to give the newspaper the list of permit holders who did not seek confidentiality.

“Our worst nightmare has come true,” Sant said in a news release issued by County Executive MaryEllen Odell on March 6. “We are fighting the good fight on this and will do everything in our power to oppose this crusade by the media to get their hands on an individual’s personal information.”

County Attorney Jennifer Bumgarner expressed similar dismay. “We are going to be asking for a stay while preparing to seek an appeal,” she announced.

The Journal News first sought the Putnam County records in December 2012, after the gun massacre of school children and staff in Newtown, Conn. Upon similar requests, it received and published comparable material from Rockland and Westchester Counties.

In January 2013, the state legislature passed the NY SAFE Act, tightening gun control laws while allowing pistol owners to “opt out” of having their names revealed as part of public gun-permit records. Subsequently, The Journal News again pursued the Putnam County records, citing the Freedom of Information Law and focusing only on the list of gun owners who had not opted out of disclosure. Again, Sant and Putnam County refused to supply the data. The newspaper then took the county to court, an action that led to Neary’s ruling.

Although the law’s provisions, through the opt-out mechanisms, “address legitimate issues of privacy and safety” among pistol-owners, Neary wrote, “they also unequivocally direct the public disclosure of names and addresses of license holders who did not choose to seek an exception.”

Sharing Sant and Bumgarner’s commitment to not giving up, Odell invoked a gun-owner’s right to privacy and likewise maintained that publishing information could be harmful. “Publishing information on permit holders does nothing more than create a dangerous roadmap for those with a criminal intent,” she said. “People who have chosen not to have weapons in their homes become unnecessarily vulnerable.”

Putnam County’s opt-out form allows gun-owners several grounds for obtaining exemptions from identification, among them the claims that the owner “may be subject to unwarranted harassment upon disclosure” — a seemingly expansive excuse — or that his or her “life or safety … may be endangered,” for some reason, which the owner is asked to specify.

The county is promoting use of the opt-out by pistol owners.

Odell and Sant likewise urged the owners as well as others to contact state representatives and advocate that the state law be changed to keep names and addresses of handgun-owners secret — apparently in all circumstances. Sant also argued that while gun records retained by the New York State Police are not subject to disclosure, those filed at the county level are considered public, which “just doesn’t make sense.”

“This is truly a call to action and it has to be ‘all hands on deck,’” said Sant.

One thought on “County to Appeal Decision on Gun Records”