The Garrison Union Free School District Board of Education President Raymond O’Rourke announced at the regularly scheduled meeting Wednesday, March 19, that Laura Mitchell had been chosen as the next district superintendent. Following Gloria Colucci’s decision to retire last fall, the board had engaged the area Board of Cooperative Educational Services (BOCES) to help identify candidates and a Community Advisory Board of parents, teachers and community members to be involved in interviewing and making recommendations. Dr. Brian Monahan has been the interim superintendent since January. 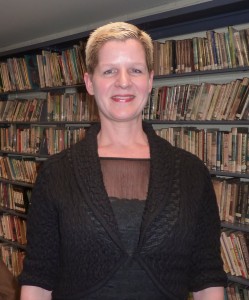 Mitchell is currently a Beacon resident and will begin her tenure at GUFS on April 21. Monahan will assist with the transition. O’Rourke described Mitchell as “a leader, mentor and coach with a highly impressive record of academic accomplishment for the Young Women’s Leadership School.” Mitchell was a founder eight years ago of the Young Women’s Leadership School in Astoria, Queens, and is currently the principal. The school has nearly 600 students in grades 6-12 and is a public school.

Among Mitchell’s other distinctions, she was the assistant principal for the Young Women’s Leadership School in Manhattan. She has a master’s in education with a major in educational administration and also a master’s in library science. She was the school library media specialist at the YWLS in Manhattan and at Washington Irving High School. Mitchell’s local roots extend back to a few years at Haldane for elementary school.

“She has exactly the right combination of professional and interpersonal skills,” said O’Rourke. Mitchell, who was present at the meeting, said, “I’m just so excited to be a part of this district. I’m looking forward to creating partnerships with parents and teachers and community members and doing great things for kids.”

Board member Theresa Orlandi commented, “I was fortunate enough to visit Laura’s school in Queens where we met with teachers and students. It was an incredibly impressive visit. I saw some very innovative things going on in that school, a lot of project-based learning despite all of the constraints that we have. I’m looking forward to the new direction.”

Monahan reported that the 2014-2015 school budget is still in good shape, and they are waiting for the state budget to be passed to finalize it. As of now, all the school’s programs will be funded for next year. The state budget is expected to be presented in early April. Monahan said, “We are cautiously optimistic we might get a small amount of help from Albany, but it will certainly not be any windfall.”

Monahan also announced that Standard & Poor’s had issued an AA+ credit rating for the district. “This is basically the best rating that a district of this size can get, and it’s certainly a credit to the board and to Sue Huetter [business manager] that the district is in such good financial shape.” The next public hearing on the budget is April 26 at the school.

The board approved new contracts with the Garrison Teachers Association and Related School Personnel. O’Rourke said, “We extend our deep appreciation to everyone involved for settling these contracts in such an expedient manner.” The faculty will receive a 1 percent increase, and the contract was extended with similar terms for one year.