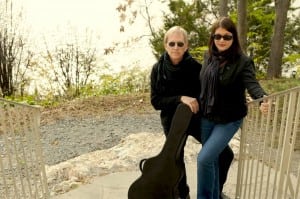 This month features Cold Spring residents Michele and Rick Gedney, known as Open Book. They will be playing songs from their upcoming new album release as well as some from their previous two albums, which received critical acclaim and national airplay on more than 150 radio stations. Open Book will be joined by Mark Murphy on upright bass. The show starts at 7:30 p.m. on Sunday, March 30. Seating is limited. No cover charge. Dogwood is located at 47 East Main St., Beacon. Next month’s feature will be on April 27, presenting KJ Denhert.