Cold Spring documentary filmmaker Ivy Meeropol has directed and produced an episode of Death Row Stories, an eight-part Sundance Productions series now airing on CNN. This series explores the fallibility in the application of the ultimate criminal penalty: capital punishment. Each episode unravels a different capital murder case that has twists and turns worthy of a crime thriller. All of these stories are true, and call into question the myriad beliefs about the death penalty and the American justice system. Each episode is narrated by Academy Award-winning actress Susan Sarandon. 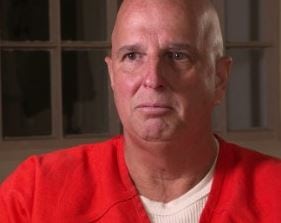 Killer Cop tells the story of former police officer James Duckett, who has spent 26 years on death row, convicted of the rape and murder of an 11-year-old girl. Duckett vehemently maintains his innocence and many have taken up his cause, including his former boss, Chief Michael Brady; Marshall Frank, a retired homicide detective from the Miami Police Department; and Pulitzer Prize-winning crime reporter Edna Buchanan. Yet even these seasoned veterans of the criminal justice system find there is more to this story.

The episode includes interviews with people who have never told their stories on camera, including Duckett himself from Death Row at Florida State Prison, Gwen Gurley, an eyewitness whose testimony proved crucial, and Edna Buchanan, the Pulitzer Prize-winning reporter who became embroiled in Duckett’s case. Visit CNN for a video preview of the episode.

Meeropol, who is on the Depot Docs committee and who, along with Rebekah Tighe produces the Sunset Reading Series at the Chapel Restoration, directed the award-winning 2004 film for HBO, Heir to an Execution, which explored her own relationship with the legacy of her grandparents, Julius and Ethel Rosenberg.

Meeropol is currently working on a documentary about the controversy surrounding the nuclear power plant at Indian Point and the United States Nuclear Regulatory Commission in the age of Fukushima. She was one of 27 filmmakers who received a grant from the Sundance Institute to make the film; she recently returned from filming in Japan.