The Putnam County News and Recorder and its publisher, Elizabeth Ailes, have threatened to sue Cold Spring Village Trustee Stephanie Hawkins for libel because she refuses to remove a post on her Facebook page. Hawkins did not write the post but instead “shared” a comment by then-Trustee Matt Francisco, who accused someone of “following” him during the recent campaign.

In the first of a series of letters a lawyer for the Aileses stated: “These statements and comments also constitute tortious interference in the business and contractual relations of our clients. As such they are actionable and expose you to the imposition of compensatory as well as punitive damages.”

In the Facebook post that prompted the dispute, Francisco wrote: “The Ailes newspaper and their candidates have gone too far. It is clear I’m being followed; my movements are being tracked and reported in their newspaper.” 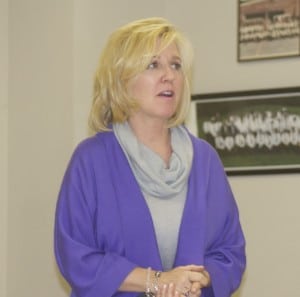 The New York City law firm representing the Aileses and the newspaper has also sent cease-and-desist letters to Francisco, demanding he remove the original post, and to Cold Spring residents Dar Williams and Michael Robinson, who sent out a letter to friends [page 1 / page 2] who have weekend homes in Cold Spring, asking them to vote absentee for Francisco and his running mate, Donald MacDonald, and citing what they feel is the negative influence of the PCNR and Elizabeth Ailes and her husband, Roger Ailes, chairman of Fox News, on local issues.

Francisco, who with MacDonald lost a close race to Cathryn Fadde and Michael Bowman, told The Paper his attorney had advised him to ignore the letter. Francisco did, however, remove the post from his campaign Facebook page.

“It has become alarmingly clear to me how threats of litigation from very powerful people can inhibit public participation here in our small village,” Francisco said April 10. “Maybe our newly elected Trustees Cathryn Fadde and Michael Bowman can be of help here. Due to the nature of the original story maybe they could intercede here to help clear all of this up with the PCNR? It certainly would go a long way towards healing the divides that they speak of with great frequency.”

At the same time, the PCNR‘s editor, Doug Cunningham, published articles, a column and a quasi-editorial accusing Hawkins of damaging actions against the PCNR organization and of attempting to suppress the PCNR’s freedom of speech and its reporting.

The Facebook posting by Francisco followed a PCNR article on March 12 by reporter Tim Greco in which he reported on the letter written by Williams and Robinson, which the newspaper characterized as a “smear campaign” against Bowman and Fadde. Francisco and MacDonald said they had no knowledge of the email, which disparaged the Aileses.

Greco wrote: “Despite the denial, the Francisco and MacDonald team is clearly in touch with Robinson and Williams. Francisco was outside their home Monday morning. And the PCNR has confirmed that MacDonald has attended meetings with Stephanie Hawkins, a current trustee, at Williams’ and Robinson’s home.” Greco did not say how he or the newspaper obtained the information. He also had reported on Dec. 18 that “Francisco was recently seen in a restaurant on Main Street having a lengthy conversation with James Geppner,” a persistent critic of the Butterfield development.

The day the March 12 story appeared, Francisco complained on Facebook that his movements were “being tracked and reported” in the PCNR, without specifying who might be doing the tracking. Hawkins, a supporter of Francisco and MacDonald, then “shared” Francisco’s post on her own Facebook page. 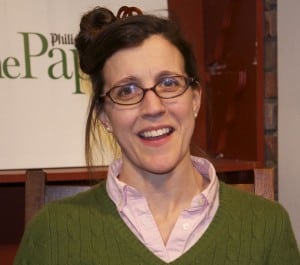 The first letter sent to Hawkins by Leahey & Johnson denies that Elizabeth Ailes or anyone at the PCNR was involved in following or tracking Francisco, MacDonald or Hawkins. It further states that the newspaper had no obligation to reveal its sources. The letter demands a retraction of the “malicious, false and libelous statements” along with “an apology for the outrageous and patently false statements made against our clients.”

The second letter arrived on March 18, the morning of the village election, and a third on March 26. The latter was sent to her home, the Cold Spring Village Board office and Simon & Schuster in Manhattan, where she works. The letters were identical except for the most recent, which also demanded an apology including “acknowledging the impropriety of attempting to interfere with the PCNR’s First Amendment rights to freedom of speech and freedom of the press.”

In a response on March 28, two Manhattan attorneys representing Hawkins, Steven J. Hyman of McLaughlin & Stern and Norman Siegel of Siegel, Teitelbaum & Evans, called the PCNR’s allegations of libel “baseless as a matter of fact and law,” stating that Hawkins “has every right to comment on matters of public interest and concern,” and to “voice her opinion with regard to individuals and entities that are subjects of or otherwise part of the public debate” and that “sending repeated letters to Ms. Hawkins at various addresses containing the same threats and meritless claims” is a calculated effort to intimidate and “must cease.”

Hawkins, who says she is undecided about plans to run for re-election to the Village Board in March 2015, said April 7 that she does not expect the Aileses to sue her. Instead, she said, “They are seeking my censure. They will try to work people up through proxies on social media.” 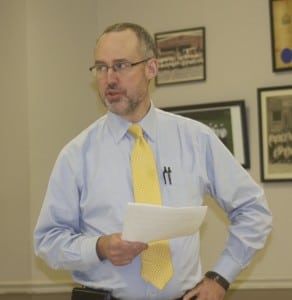 In addition to the legal threats, PCNR editor Cunningham appeared on March 25 before the Village Board to read a statement in which he said the publication was “appalled by these outrageous allegations … I believe these attacks are an effort to chill, regulate and tamp down our reporting. For the record, we will not be dissuaded. A free press is vital to democracy.”

Cunningham’s remarks were posted on the PCNR website and appeared in the April 2 edition of that newspaper. The March 26 edition of the publication included a news report attributed to the “staff” and headlined “Hawkins Continues Divisive Actions” that reported she had “failed to remove the libelous material.” The article said “Hawkins appears resolute to force a legal confrontation for herself and possibly the village.” The article did not state how the village government could be tied to or be responsible for a Facebook post.