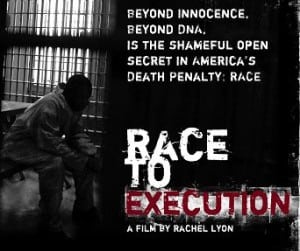 Race to Execution is a provocative and haunting portrait of two death row inmates — Robert Tarver of Russell County, Ala., and Madison Hobley of Chicago, Ill., — exposing how race infects America’s death penalty system. It explores the deep and disturbing link between race and the death penalty in America. Revealing how race infects the capital punishment system, Race to Execution invites dialogue into the larger community about the justice system.

The feature, which addresses the systemic inequalities, is being shown at 7:30 p.m. on Monday, April 21. Admission is free — donations welcomed. For those interested, a Talk-Back will follow the screening.

The Downing Film Center has limited seating. Reservations are strongly suggested. To reserve a place, call YWCA Orange County at 845-561-8050, ext. 17, and leave a message about your reservation.