Matteawan Gallery presents Dominick Talvacchio: The Eros of Mathematics. The exhibition, with an opening reception from 6 to 9 p.m. on Saturday, May 10, runs through June 1, 2014, and features works on paper including drawings, prints, and laser-etchings in museum board. 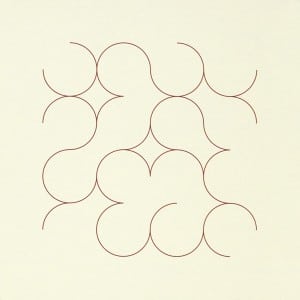 On the night of the opening, there will be a screening of Talvacchio’s video Palpation 10 (Three Points Not on a Straight Line) in the Beacon Project Space located directly behind the gallery. The title of the show refers to Talvacchio’s desire to understand the beauty he finds inherent in mathematical structures and their movement. He has written: “Out of nothing, out of the void, the entire majestic edifice of mathematical pattern is born, and to me that gives it the feel of a life-force, an eros.”

In every example of his work, one finds what Talvacchio describes as “the surprise and power held by objects and experiences which are foreign and familiar at the same time.”

Talvacchio has shown widely in group exhibitions in the U.S., including Double Take, an exhibition organized by Public Art Fund in New York City in 2009. He has also participated in Sweden’s Luleå Biennial in 2009, and an exhibition at Travesía Cuatro in Madrid, Spain in 2010.