In the innovative spirit of its founder, industrial designer Russel Wright, Manitoga is trying something new, introducing an Artist Residency program into their established mix of tours, lectures and hikes.

Three artists from different fields have been invited to engage and interact with the site and create works inspired by Manitoga and its legacy of creative experimentation. Launched with works by visual and aural artist Melissa McGill, composer and musician Ben Neill and structural artist Stephen Talasnik, the intent of the program is to “explore the intersection of art, innovation, nature and education through a project/installation inspired by Manitoga and a culminating public event that enlivens the magical setting of Manitoga.” 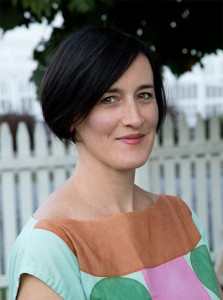 The program begins May 18, when McGill’s sound installation Palmas can first be experienced by the public, who can encounter it while on one of Manitoga’s tours (a members-only reception takes place May 17.) Two special performances, connecting dance with the sounds, invoking the duende or soul of flamenco, will feature two dancers and a flautist performing on a temporary stage at the base of a waterfall, which flows into a quarry pond. These performances, ticketed and open to the public, will take place later in the year, on Sept. 27 (rain date Sept. 28).

It’s a “new direction, yet a revisiting of the ways Russel Wright wanted the site to continue to be creative. For us it’s celebrating the creative spirit he showed in 1942, buying this scarred, quarried land, envisioning the creative font it would continue to be,” says Manitoga’s Executive Director Allison Cross. “For me, being here just over a year and visiting the place with artists, seeing how immediately they were inspired made me think ‘How can we, as a house museum continue to create, beyond just the visitor? How can the site’s legacy inspire the creation of new works that can be shared with the public on site and also have a life beyond, as the musical composition will?’”

Dan Rigney, Manitoga’s external affairs manager, elaborated: “Allison’s vision for all the works is that they be very site specific; growing out of the landscape. This was Russel Wright’s crucible of experimentation.”

The three projects were not originally envisioned as parts of a whole, rather they came about in an ad hoc fashion. McGill’s connection with Manitoga began soon after she moved to Beacon about eight years ago. Developing an affinity for the landscape while bringing her children to Manitoga’s summer nature and design camp, McGill, who is both a visual and sound artist, came to Cross with an informal idea of creating something site specific. Cross asked her to think about developing it.

“It has turned into many things,” says Cross, “an artist having a dialogue with Manitoga, creating something.”

Dialogue between environment and work

For McGill, who is also working on developing an installation, called Constellation, at Pollopel (Bannerman’s) Island next year,

Manitoga is a stunningly beautiful site — there is so much to look at, to listen to, to absorb in this gorgeous setting. I was inspired to animate and activate the site aurally to invite a heightened sense of awareness to its natural richness. The surround sound installation does this — it engages one to notice things that may have been overlooked by setting up a new experience of this place … Also, Manitoga is named after Algonquin words meaning ‘place of great spirit.’ I love that and that influenced decisions in my process about creating an experience rather than a physical object here.

All of my work is about absence and presence, accents and pauses. Palmas is the rhythmic clapping — the heartbeat — of flamenco. It is body percussion: literally ‘hand-made sound’ … it sounds different depending on where you are and it changes and moves in space. You may be standing in one spot along the trail and hear it in the woods near the waterfall and then suddenly you hear it across the pond … it activates the whole space. The installation was specifically installed to create a dialogue with the rocks, the water, the trees. The sounds are transformed and absorbed by the elements of the landscape. At Manitoga, house and studio and landscape are all in extraordinary conversation. Palmas is a dialogue between the environment and the work, and the natural sounds of the birds, waterfall, rustling tree in dialogue with the Palmas sound. Pauses are used often to draw attention to the natural sounds around us. The Palmas sounds frame those pauses.

McGill, who did an artist residency in Southern Spain and has long been drawn to flamenco, first recorded the “palmas” of flamenco guitarist Arturo Martinez, Espirutu Gitano — (as he prefers to be called), noting the “contra-tempo, asymmetrical, different types of rhythms, which McGill will then, according to Rigney, “manipulate, taking advantage of the reverberation from the rocks” in and around the pond. Over a period of several days, working with sound engineer Paul Geluso, they installed six “channels” or speakers around the quarry pond area.

Russel Wright’s former home, which can be visited on tour, overlooks the Quarry Pond, site of Manitoga’s new Artist Residency program.  (Photo by A. Rooney)

McGill is “completely over the moon over being the first artist-in-residence at Manitoga. When you hear it, it activates the whole space differently — you’re affected visually and it changes your perception. All the woods come alive; it becomes almost a call and response — a dialogue across the pond; it feels like it’s being played, like an instrument.”

Until fully installed, McGill won’t know exactly how it will sound. It will be experienced differently depending on the season, time of day, etc. The piece will remain throughout the tour season until November, and may possibly be heard at a viewing spot overlooking the pond, much used by hikers not on the tour.

“The magic of doing a site-specific project is that it unfolds as you move around the space … It’s an enormous privilege to work in a place like this,” McGill said.

Neill’s multi-instrumentalist musical composition, Manitoga, and brass quintet performance will be performed July 26, and will be discussed in a separate article closer to that date. The third artist involved, Talasnik, will tether sculptural reed boulders to objects in the quarry pond. These will respond to wind and currents. Talasnik, whose large-scale, outdoor work in bamboo has been shown at Storm King and the Denver Botanic Gardens, visited Manitoga and proposed a project, which will be realized in fall 2015.

A dance performance to Melissa McGill’s Palmas will take place in September at the base of this waterfall. (Photo by A. Rooney)

Cross reflects on the Artist Residency concept: “For me, when I was a student studying in Italy, there were always concerts: in cloisters, in beautiful parks … there was Chopin being played on a converted stage. It resulted in a layering of experience, making you more aware of what’s there. Russel Wright wanted Americans to experience nature — he thought we weren’t respecting it. Having people on site creating additional layers of art — these experiences will only enlarge the meaning of what’s already here. Those moments are transformative.”