New York State Sen. Terry Gipson (D-Dutchess, Putnam) announced the beginning of his re-election campaign surrounded by supporters in Hyde Park Wednesday, May 21. Gipson cited among his achievements the effort to reduce the cost of living and doing business in the Hudson Valley, and the creation of jobs through $1.5 million in tax cuts. He also said his commitment to education reform, and passage of the Women’s Equality Act are further reasons for continued support. 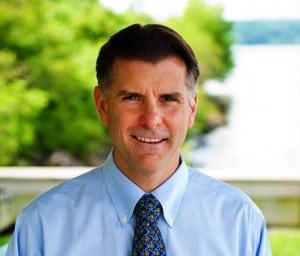 “As an Albany outsider, elected to the New York State Senate as a small business owner and local official, I’ve made true on my promises to work with the Republicans and Democrats alike to fight against tax increases, unfunded mandates and corruption. I look forward to continuing my effort to save our children’s education from the mismanaged roll-out of the Common Core curriculum, advocate for women’s equality, and make smart investments to create local jobs in Dutchess and Putnam counties,” Gipson said.

“Senator Gipson is a new kind of elected official, accessible and approachable. Politics don’t matter to Terry, he is there for everyone,” Shea said. “In Philipstown he has secured funding for the Fjord Trail, which is sure to have a positive effect on the local economy. He has worked hard all over Putnam County, taking on the problems at the Pudding Street Taconic intersection and bringing funds for a playground at the Kent Elementary School. If you have an issue Terry Gipson is there to help.”

Gipson will face his opponent(s) in the November election. The Republicans and other parties have not yet determined their candidates. When Gipson ran two years ago he faced both Republican and Conservative Party candidates.