It’s Sean Patrick Maloney versus Nan Hayworth in voting on Tuesday in the race for U.S. House of Representatives. No, not the first Tuesday in November, but this coming Tuesday — the 24th — when the two vie in a federal primary election over the right to represent the Independence Party on the ballot next fall. 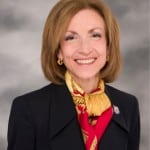 Only citizens registered as members of the Independence Party can participate Tuesday and given the smaller turnout than for a state primary or general election, all Philipstown Independence Party voters will use a single polling place: The United Methodist Church, 216 Main St., in Cold Spring. Putnam County polling hours are from 6 a.m. to 9 p.m. The Hayworth-Maloney contest is the only one on the federal primary ballot in Putnam County.

Independence Party voters in Beacon should check on the Dutchess County Board of Elections website (dutchesselections.com) and use the option for online poll site location, to determine their voting station, depending on a home address. Dutchess County’s polls are open from noon to 9 p.m.

According to figures from the Putnam County Board of Elections, as of April 1, Philipstown had 331 active Independence Party voters.

Hayworth, a Republican who represented the 18th New York district for two years, seeks to reclaim the job from Maloney, a Democrat who ousted her in 2012. Both see advantages on being listed on the November ballot as the Independence Party candidate as well as the candidate of their main political party.

As the federal primary neared, the campaigns of both geared up with phone banks, campaign literature blitzes, and other activities to woo Independence Party members.

“We are just FOUR days away from the Independence Party primary. An hour of your time would help us be one step closer to a victory over our Democratic opponent, Sean Maloney,” the Hayworth campaign said in an email alert on Friday (June 20). “Winning this vote will make a huge difference and determine who receives the Independence Party ballot line in November.” 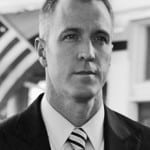 Maloney’s supporters held similar views. “The holder of this line will have a much stronger position in the November election, so it is very important that we get as many Independence Party registered voters out to vote as possible,” a Democrat wrote to friends on Thursday.

What Independence Party members thought of all the attention remained unclear.

According to a declaration on its website by Frank MacKay, the state chairman, the Independence Party eschews hardline partisanship and “promotes centered and pragmatic leadership” and strives “to embody what it means to be a true ‘independent,’” avoiding “all politically divisive and polarizing language” on contentious questions. “The core premise of the Independence Party is that elected officials should be free to legislate and use common sense in governing, and shouldn’t be tied to a highly partisan social platform that fails to represent their electorate,” MacKay stated. “They should be free to make policy and legislative decisions based on sound reasoning and input from their constituents, not heavy-handed political party bosses or special interest groups.”

Critics of New York’s current chaotic primary system, including Assemblywoman Sandy Galef, attempted this year to end the confusing and expensive practice of holding disparate primaries. The Assembly passed a bill to move the state’s September primary to June to coincide with the federal primary. But various opponents, including the Republican-dominated Putnam County Legislature, opposed the proposal and a State Senate committee killed it. Thus, once again this year New York will hold elections three times — June 24, Sept. 9, and Nov. 4 — in about four months.

A 2009 federal law, the Military and Overseas Voter Empowerment [MOVE] Act, demands that Americans stationed abroad get absentee ballots in enough time to vote and mail them back for an election. Under the MOVE Act, New York must dispatch absentee ballots 45 days before a November general election — difficult when a primary election occurs in September and absentee ballots go out after primary results come in. The federal government sued the state for MOVE Act non-compliance in 2010 and a federal court subsequently imposed the June date for the federal primary.