It’s been an emotional spring at Haldane Central School District, but it appears that program cuts in art and athletics for the 2014-15 school year have been avoided with an agreement between the district and the Haldane Faculty Association, which represents 81 teachers and 6 teaching assistants. Board of Education President Gillian Thorpe made the announcement at a special meeting on the last day of school, Thursday, June 26. Thorpe said, “I am thankful that the HFA worked with the district to find a solution that preserved programs and teachers. I have always respected Haldane’s teachers, but more so now.” 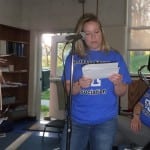 Neither party has commented on the outstanding issues that led HFA members to reject a previous settlement a few weeks ago or how those issues have been resolved. Both parties stuck to their official statements.

HFA President and middle school teacher Leah Horn said: “The HFA is relieved and gratified that due to the concessions made in this contract we were able to prevent some reductions in programs for the 2014-2015 academic year. However, we continue to be concerned about possible further reductions to the library program, technology and science programs, and student support.”

Due to decreases in state funding for schools and restrictions in place to hold down increases in property taxes, Haldane was limited to a 1.09 percent increase in their budget for the coming school year and the amount created a nearly $200,000 gap between revenues and expenditures. The budget that voters approved on May 20 would have forced the district to cut back the art teacher from full time to part time and eliminate two teacher assistants, as well as cut sports teams for middle school students. At a May 6 meeting to discuss the budget, a standing-room only crowd spoke out against the cuts. The agreement with the HFA restores all of those cuts.

New board member to be appointed 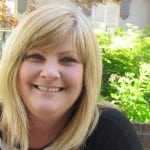 Board President Gillian Thorpe also announced her resignation from the board effective July 8. After four years of service, she is leaving to pursue another professional degree. Her term runs through May 2015, and the board will appoint someone to serve out her term. They discussed the possibility of former Board President Joe Curto as an appointee since he has both leadership and board experience.

Thorpe said that she “truly enjoyed her time on the board,” and spoke of the challenges and accomplishments of the past year as her highlights. “We hired a search firm and interim superintendent; said goodbye to our beloved superintendent Dr. Mark Villanti and hello to our interim superintendent Mr. John Chambers; negotiated three contracts, and hired a new superintendent, Dr. Diana Bowers. Of course we didn’t do it alone. The support of the Haldane staff, teachers, administrators, and community was invaluable. It truly takes a village,” she said. Thorpe is also the director of the Butterfield Library.

Since his arrival in January, Chambers has been a guiding force for the district as they struggled with their budget and faced difficult decisions for the upcoming school year. He will continue to serve until July 7 when the incoming superintendent, Dr. Diana Bowers, assumes her post.

When asked about his experience he said, “I richly enjoyed my time here and have come to admire the community. The district has the tripartite success of academic, artistic and athletics programs. My bottom line is to ask if I would want my grandchildren to go to school here and the answer is a resounding yes.”

The next board meeting is July 8.