While the concept of consolidating municipal services within Philipstown has been talked about frequently in recent years and widely accepted as a positive step toward more efficient local government, putting the idea into practice is a different matter. At the Tuesday (July 15) meeting of the Cold Spring Village Board, a majority of trustees voted against further research into consolidating local building departments. The vote was informal, a “straw poll” conducted by Mayor Ralph Falloon.

Prior to the vote, Falloon said he wanted to continue looking into consolidation. Discussions have centered on a plan in which, at no extra cost to Cold Spring, the Town of Philipstown would provide building department services to the village, replacing its part-time building inspector with the Town’s full-time staff. 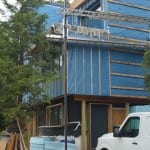 Three trustees voted not to pursue consolidation of building departments.

Trustee Mike Bowman voted against investigating that approach further. Instead, he suggested, “We do a one-year trial, running our department as it’s supposed to be run, get the paperwork caught up,” with a reassessment after the trial period. Trustee Bruce Campbell voted with Bowman, as did Trustee Cathryn Fadde. Campbell pointed out that Cold Spring Building Inspector Bill Bujarski has recently benefitted from extra help. Bujarski was in attendance and explained that an intern has been working one day a week, dealing with “administrative work I couldn’t get to” doing filing, archiving and a complete office reorganization.

“It’s not about filing,” Trustee Stephanie Hawkins said in disagreeing with Bowman’s suggested approach and Bujarski’s comments about a better-organized office. “The issue … is residents not having access to a full-time service,” she said. “It’s a lost opportunity … I don’t understand (rejecting) a full-time service at no increased cost” to the village.

“Personally, I’m a fan of consolidation … It’s an opportunity,” Falloon said. However after the negative straw poll he added, “We’ll talk about it in a year.”

Coincidentally Bujarski also submitted an updated fee schedule for the more than 50 permits and inspections that he provides in his part-time capacity. Fees generally range from $25 to $250 and he said his small department made “a slight profit” last year. He commented that he has had no complaints from residents about the services he provides. “I only hear that from the board,” he said. “If you get a complaint I’d like to know about it.”

Speaking to The Paper about the issue of local government consolidation overall, Falloon said: “Everybody wants smaller government — but nobody wants to give up money, power or control.”

Trustee Hawkins suggested that interviews begin as a first step toward forming the Zoning Update Committee, the group that will revise Cold Spring’s antiquated zoning code, bringing it in line with the 2011 Local Waterfront Revitalization Strategy and 2012 Comprehensive Plan. The update is being funded by a grant of $75,000 from the New York State Energy Research and Development Agency (NYSERDA). The village will match the grant funds, providing services in-kind, including time contributed by the volunteer committee members. Hawkins said that the state agency has requested details regarding the proposed cost sharing. NYSERDA prefers that committee members have appropriate backgrounds for completing the detailed work and allows higher rates to be charged against the grant for community volunteers with appropriate qualifications.

Trustee Bowman, who has consistently shown no enthusiasm for the grant, posed numerous questions about the makeup of the committee. Interviews for potential members were previously postponed at his request. Hawkins explained that Greenplan, the consulting firm that submitted the successful grant application, had suggested the committee include five members. The Village Board has the final say regarding committee size. Hawkins said the consultant’s recommendation was to have “a small, more nimble committee” capable of “working precisely without getting mired in discussion.” When Bowman questioned having such a small committee undertake “rezoning the entire village” Hawkins asserted that the project is not a rezoning but an “updating of aspects of the zoning code to reflect the work done by the Special Board” on the Comprehensive Plan and Local Waterfront Revitalization Strategy. Trustee Fadde suggested that interviews be held after a consultant is hired to assist with the project. Falloon didn’t agree. “It’s going to be a long process,” he said, suggesting instead that interviews begin soon. “We can still hash out what we want (committee) size-wise,” he said. Bowman asked who has applied to be on the new committee. Hawkins said the candidates include Donald MacDonald, Marie Early, Paul Henderson, Ruth Elwell, Chuck Hustis and Susan Peehl. Village Clerk Mary Saari will now begin scheduling interviews.

Garden Street resident Maggie Valentine wasn’t happy when she saw the Cold Spring Police Department marking tires in front of her home on the Fourth of July holiday. She voiced her complaint at Tuesday’s meeting saying that the practice penalizes residents. Valentine said that weekdays are also a problem because commuters and employees of Main Street businesses take up many parking spaces. “It’s hard to find a parking spot in mid-day,” she said, suggesting that a residents’ parking program be initiated. 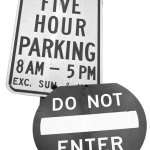 Mayor Falloon sympathized but said he didn’t think he should tell the police how to do their job, more specifically when and when not to ticket. He was notified of the Garden Street residents’ concerns on the Fourth of July and did intervene to some extent suggesting to CSPD that they “go easy on residents.”

Trustee Fadde serves as the village liaison to the recently formed parking committee. She indicated that a program for residential parking permits is in the works but that it will take time because it must be approved in Albany. “You can’t just go out and put stickers on windshields … the process will involve about three years of paperwork,” she said. Fadde reported that committee member Anthony Phillips has catalogued all parking signs in the village and that a recommendation will be made to remove all four and five-hour parking signs on side streets. “They’re a burden to residents,” she said, adding that parking has been “a hideous issue in the village for as long as there have been cars.” She praised the makeup of the parking committee saying it includes a broad cross section of the community and urged residents to be patient. “You’ll see some good recommendations” coming out of the group’s work, she said. 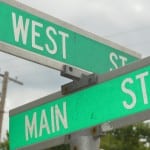 West Street will become one way from North Street to Main Street. It is already one way from Main to New Street.

Two public hearings were held and closed at the outset of Tuesday’s meeting. Two actions will result. West Street will become one-way from North Street to Main Street. And The Grove, the historic house owned by the Village of Cold Spring, will be sold to Steve and Kathy Marino for $5,000.

Falloon reported that four boat cruises from West Point will visit Cold Spring this summer as part of an effort to link the two communities. Trustee Fadde also reported that Seastreak Inc., the cruise boat company that brings numerous fall tours to the village, has agreed to a new fee schedule for 2014 based on the size of boats docking here. On weekdays the fee will be $2 per linear foot and on peak weekends the fee increases to $3 per foot.