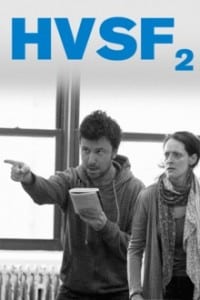 All HVSF2 performances will take place at 7 p.m. at the Philipstown Depot Theatre on Garrison Landing. Tickets, with a suggested donation of $25, can be reserved through brownpapertickets.com. Q-and-A talk back sessions will follow each reading. Here is a descriptive listing from HVSF with additional commentary by Davis McCallum:

Friday, Aug. 8: Sense and Sensibility, adapted from Jane Austen’s novel by Kate Hamill, directed by Eric Tucker. When their father dies leaving his entire inheritance to his only son, sisters Marianne and Elinor Dashwood are forced to search for romance without the benefit of financial security (or a dowry). Based on Jane Austen’s renowned novel, Kate Hamill’s stage adaptation examines the importance of both sense and sensibility in the gossipy world of 19th-century England. McCallum: “What’s most exciting is this play will be in a full production off-Broadway next season — we’ll see it first.”

Thursday, Aug. 14: Timon of Athens, in a modern transcription of Shakespeare’s cautionary tale by Kenneth Cavander. When Timon, a philanthropic aristocrat, realizes he’s given away all of his wealth to “friends” who refuse to help him repay his debts, he exiles himself and denounces mankind. McCallum: “This is Shakespeare’s least-produced play; it’s the hardest to make work and can be a long, lonely road for audiences. It’s a timely story about a guy who, in the years of milk and honey is surrounded by admirers, but all his friends desert him when he’s destitute. It’s not a play about money, but about friendship. Cavander has changed some of the language, not all, and has simplified the plot. He’s essentially done a ‘show doctor’ tweaking of a play that’s unproduceable in the form it came in the Folio.”

Saturday, Aug. 16: Hamlet in Bed, by Michael Laurence. Michael is an actor who’s obsessed with two things: playing Hamlet and finding his mother, who gave him up for adoption at birth. This is a fun, sexy take on Hamlet that will delight those with an affinity for Shakespeare’s masterpiece. McCallum: “This is a totally new, two-person play and it’s also going to off-Broadway. It’s about an actor who gets cast as Hamlet and starts to wonder if the actress playing Gertrude is his long-lost mother. The audience wonders if he is psychologically intact.”

Friday, Aug. 22: Dog in the Manger, adapted by David Johnston from the play by Lope de Vega, Diana, the beautiful and haughty Countess of Belfor, whose hand is sought by many aristocratic suitors, has fallen in love with her handsome young secretary. In Lope de Vega’s Spanish Golden Age drama, forbidden love threatens to overturn the classist society’s ironclad rules. McCallum: “This is from Spain’s Golden Age, circa Shakespeare. The Royal Shakespeare Company did a whole season exploring these plays. The caliber is breathtaking, the scope equal to Shakespeare. We in the English-speaking world rarely get to see them because of a lack of suitable translations. It’s funny, sexy, has hairpin plot turns, is a kind of psychological thriller about desire and power — it’s Game of Thrones set in Cervantes’ Spain!”