An American Tail and Dirty Dancing to be shown at Dockside 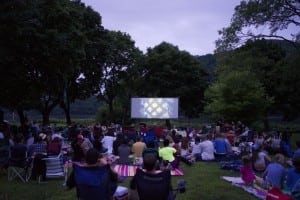 A singing mouse, a dancing Patrick Swayze and a spectacular river view will close out the Cold Spring Film Society’s Summer Film Series 2014 this Saturday, Sept. 6, at Dockside Park. The Film Society’s traditional season finale double feature irreverently combines something for everyone into one spectacularly fun evening of entertainment.

Bring the kids early to enjoy famed animator Don Bluth’s heartwarming story about one mouse’s quest to find his family and make a new beginning in the New World: An American Tail (1986). Then stay late while the little ones fall asleep under the stars and revel in a younger, simpler time as Johnny sweeps Baby off her feet in the awesome ‘80s favorite Dirty Dancing (Emile Ardolino, 1987).

The early show will start at 7:15 p.m. in Dockside Park (entrance just north of the Cold Spring Bandstand). The late show begins at 9 p.m. There will be a short intermission between films to allow for comings and goings. Admission is free and open to all. The Film Society will be popping fresh popcorn and there will be lemonade, movie candy, membership tote bags, Summer Film Series T-shirts and more available for purchase. Bring a blanket and a picnic and come early to enjoy the amazing view and extend summer’s last hurrah.

Visit coldspringfilm.org for more information and announcements about the film society’s off-season events. Rain date for the season finale is Sunday, Sept. 7.