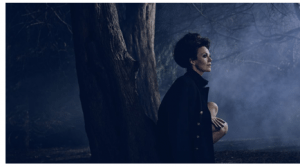 National Theater Live’s first feature that the Downing Film Center will screen is Medea by Euripides — in a new version by Ben Power. Helen McCrory takes the title role in Euripides’ powerful tragedy. Medea is a wife and a mother. For the sake of her husband, Jason, she has left her home and bore two sons in exile. But when he abandons his family for a new life, Medea faces banishment and separation from her children. Cornered, she begs for one day’s grace. It’s time enough. She exacts an appalling revenge and destroys everything she holds dear.

Medea will be screened on Monday, Oct. 6, at 7:15 p.m. and on Wednesday, Oct. 8, at 1:30 p.m. Tickets: general admission $12 and members $10, purchased at the box office or in advance at downingfilmcenter.com. Seating is on a first-come, first-served basis. Doors open one-half hour before show time.