Conversation about entwinement and cities part of Open to the Sky

All are invited to a conversation with Jonathan F.P. Rose about entwinement and cities, at 4 p.m. on Friday, Oct. 10, at Polhill Park, located at the corner of 9D and Main Street in Beacon. The event, Open to the Sky: The Altruistic City, is part of the Beacon Sukkah Project. 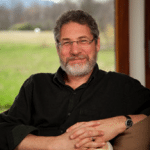 Rose is one of New York’s leading real estate developers. He is the President of Jonathan Rose Companies, a multidisciplinary real estate development, planning, and investment firm which has successfully completed more than $1.5 billion of work. Rose is a co-founder of the Garrison Institute as well as a trustee of the Natural Resources Defense Council, Chair of Metropolitan Transit Authority’s Blue Ribbon Sustainability Commission, which developed the nation’s first green transit plan, and was a commissioner on Gov. Cuomo’s NYS 2100 Commission, tasked with identifying strategies for the long-term resilience of New York State’s infrastructure post-Hurricane Sandy. Come join Jonathan for an extraordinary conversation about entwinement and cities.

Cities are systems of interwoven systems. Every aspect of a city is interconnected through a marvelous web of interdependence.

If a city adopts altruistic goals, the DNA of altruistic intentions will flow the city’s systems, ultimately touching every bit of the city. This is entwinement.

This entwinement lies at the core of most of the world’s religious traditions. In Buddhism, the combination of pervasive altruism and the recognition of emptiness, or the lack of inherent existence of individuality is called Bodhicitta. In Islam, the mix of interdependence and altruism is called Ta Awun, with Ithar as the peak of altruism. In Judaism it is called Tikun Olam, the commandment to repair the fabric of the world with acts of good, or Mitzvah. The Hindu leader Mahatma Gandhi taught Satyagraha, the power of nonviolent expression, the truth of social justice, and in Christianity, Jesus preached the Sermon on the Mount to teach us our moral role in an interconnected world.